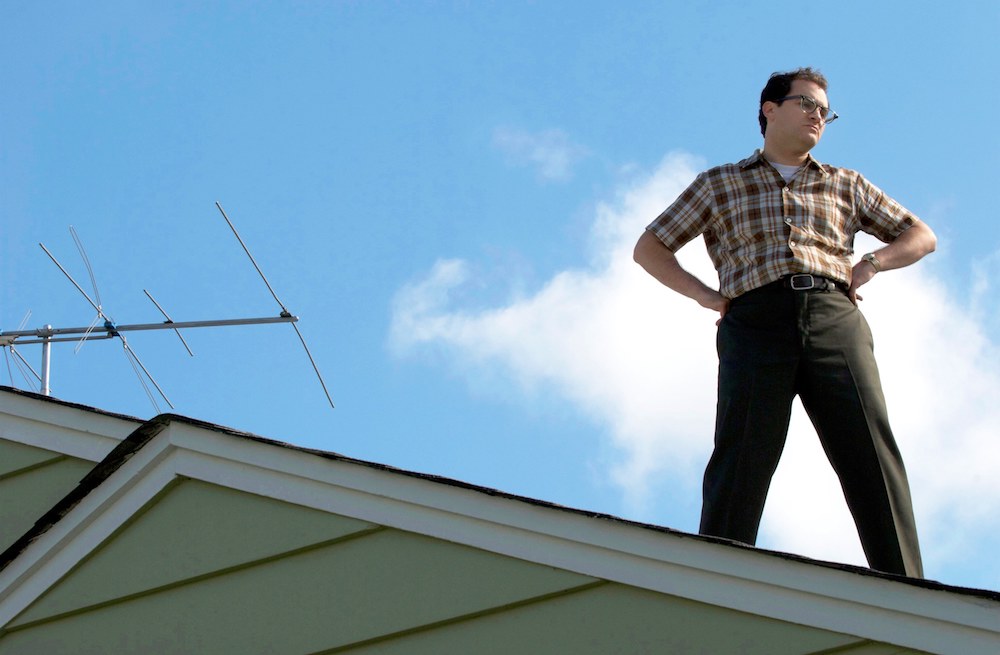 Embrace paradox; accept life’s mysteries: These are some of the things that serious men learn. God owes us bubkes in the way of answers. With A Serious Man, the Coen brothers have made one of their best and most personal movies. It is rich with ideas and contemplations and packed with the sort of existential jokes that tickle the Coen boys so. Perhaps A Serious Man is the Coens’ boys-to-men moment – the film in which becoming a mensch is the protagonist’s goal rather than scoring money, kidnapping a baby, retrieving one’s pissed-upon rug, or any number of things that have driven Coen characters in the past. The setting of the film echoes the Minneapolis suburb of the Coen brothers’ youth, circa 1967, and captures with perfection the sound and the look of Jewish-American culture of that period. As for narrative structure, A Serious Man is as much the biblical story of Job as O Brother, Where Art Thou? is a Homeric odyssey. Larry Gopnik (stage actor Stuhlbarg), a university professor and family man, is the story’s de facto Job, to whom a plague of troubles comes. The litany of Larry’s adversities would gobble up the remaining space on this page and spoil their impact for the viewer; the troubles come in rapid succession and cover the gamut from personal disturbances to professional threats and inscrutable annoyances. They all, in their way, are steeped in the same kind of convoluted logic used by the Columbia Record Club representative who keeps calling for payments to a club that the Gopniks have inadvertently joined by not actively declining membership. Actions have consequences, we are told, although it seems that inaction can mess you up, too. Such quandaries are older than Judaism, an idea set forth in the film’s preamble, which is set in a Jewish shtetl in the Old World and tells an ambiguous Yiddish folk tale of the Coens’ own imaginary fabrication. The vignette’s moral can be interpreted as meaning that Larry’s iniquities are foretold and nothing can be done to halt their occurrences or, instead, that destiny is nonexistent and judgment calls and the exercise of free will are all we have to guide us through life’s vicissitudes. A Serious Man has plenty to keep avid Coenheads engaged through many viewings. Regular Coen collaborators such as cinematographer Roger Deakins and music composer Carter Burwell add extra clarity and precision to the images and soundtrack. (You’ll never again hear Jefferson Airplane’s Surrealistic Pillow without thinking of this movie.) Essential too is the Coens’ casting of little-known but vaguely familiar actors. The absence of stars helps reframe our expectations of the characters and what might occur. Unpredictability is the hallmark of A Serious Man. Its advice? Receive with simplicity everything that happens.