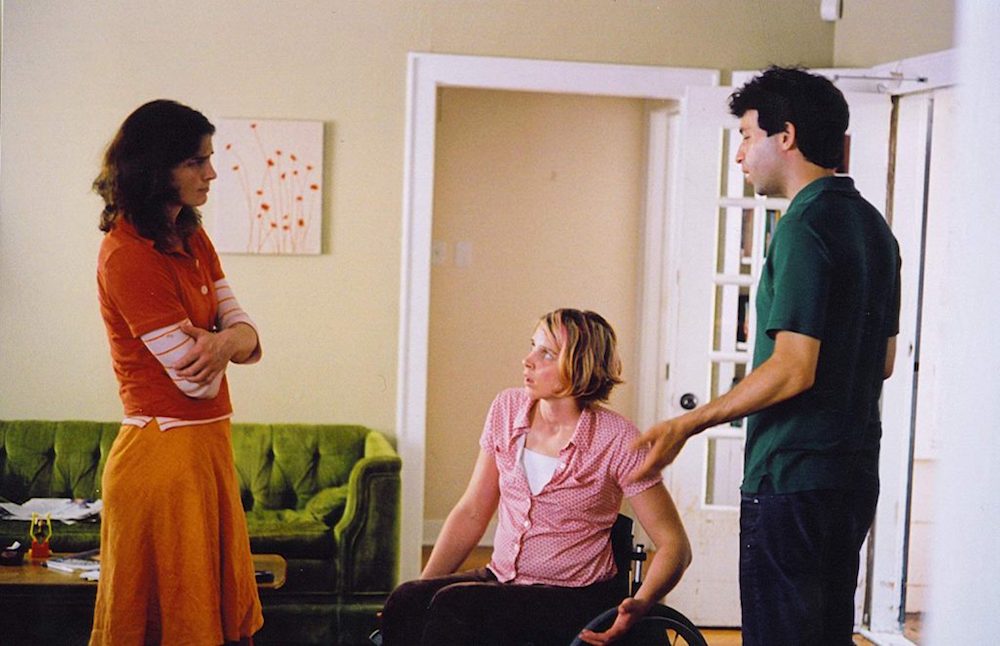 Shot in Austin and featuring a range of talent that's more often found behind the camera than in front of it, Beeswax has a languid, improvised feel and naturalistic rhythms that mask its taut emotional core. It's like the hip new 82% cocoa dark-chocolate bar that slowly reveals the lingering sting of chipotle chile as it melts on your tongue. While it initially feels like a known quantity (although mentioning the "M"-word – mumblecore – is both pointless and distracting), Beeswax proves to be much more than simply another extreme close-up of late-twentysomething naifs trying to gather enough energy to flail about, emotionally or otherwise. There are moments in it that will crack an unexpected and genuine smile across your face, not because it's "funny ha-ha" (to lift the title of Bujalski's 2002 debut) but rather because the characters are so keenly acted and observed that it's as though you already know them, or, at the very least, know someone who knows them. Beeswax pivots around Jeannie (Tilly Hatcher), the co-owner of a vintage clothing boutique. Jeannie's in a wheelchair, a fact that doesn't define her character – Jeannie's responsible, intuitive, capable, and sexual – and the standard cinematic metaphors (chair = emotional or spiritual handicap) don't fit at all, which is, frankly, downright refreshing. The obvious conflict that's at the heart of Beeswax is between Jeannie and her business partner, Amanda (Dodge); Jeannie may or may not be gearing up to sunder their working relationship for unknown reasons. Beyond that, however, is the quietly buzzing hive of real people living real lives. Jeannie is re-engaging in a relationship of sorts with her ex-boyfriend, Merrill (the terrific Karpovsky), who is studying to take the bar exam; Lauren (Maggie Hatcher) is exploring options that include a possible move to Kenya to teach English; and Corinne (O'Connor), the new girl at the store, is trying to acclimate herself to her new position while undergoing unknown emotional bruisings of her own. The "M" film sub-sub-genre (20,000 leagues under the Cassavetes) has been accused of being too stuck on itself to have much of a future, and, while there is an abiding hesitancy to the characters in Beeswax, it is the thoughtful kind that is otherwise known as common sense. Nobody is rushing into anything here (apart from Lauren), everyone is a full-grown adult dealing with all which that entails, and both the characters and the film's easygoing rhythms are, remarkably, true to life and love lost, or found. (Bujalski and members of the cast and crew will attend the Friday and Saturday evening screenings.)