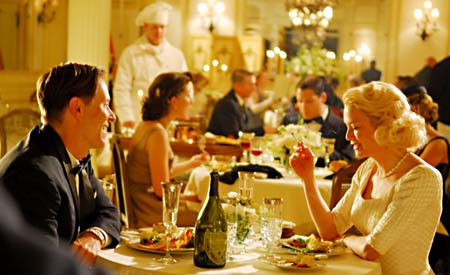 My One and Only

Perhaps the most interesting fact to be gleaned from this loose retelling of actor George Hamilton’s teen years is that the man with the perma-tan started life as a pale and snarky New Yorker, dreaming not of the pictures but of a writing career. He certainly had material, if this film is to be believed (and a quick skim of dates and facts of Hamilton’s life suggests a good deal has been fictionalized). After an opening-credits sequence that foretells the film’s central road trip with “Greetings From” postcards tuned to a mishmash of ad jingles, My One and Only opens with the discovery by trophy wife Ann Devereaux (Zellweger) of yet another woman under the sheets with her husband, the bandleader Danny Devereaux (Bacon), whose one hit gives the film its name. For reasons unspecified, this latest infidelity is the one that gets Ann packing her bags; by the end of the day, she’s collected from school her two sons, 17-year-old Bobbie and 15-year-old George (affably played by Rendall and Lerman), cleaned out the family security deposit box, bought a sexy convertible with the spoils, and hit the road for Boston with designs on meeting a new husband. After Boston goes bust, there’s Pittsburgh, St. Louis, Albuquerque, and on and on across America, where decent husband material is hard to find even for the prettiest of gently aged Southern belles. Zellweger does a fine job with the part – Ann’s cheery singlemindedness might have been confused with deluded or desperate by a lesser actress – but her encounters with potential suitors are mostly forgettable; only with Stahl, as a smitten, much younger neighbor, does Zellweger generate a sexual frisson. That may owe as much to the direction as anything. If there’s a throughline in Loncraine’s films – which range from The Missionary to Richard III to Wimbledon and the Harrison Ford cyber-thriller Firewall – I couldn’t articulate it; he’s also done highly regarded TV work, including My House in Umbria and The Gathering Storm. It’s the résumé of a restless spirit with expansive interests, but in this perfectly passable film, Loncraine exhibits none of that spirit or spontaneity. 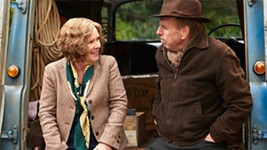 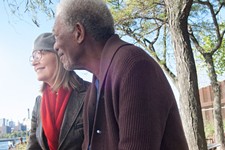