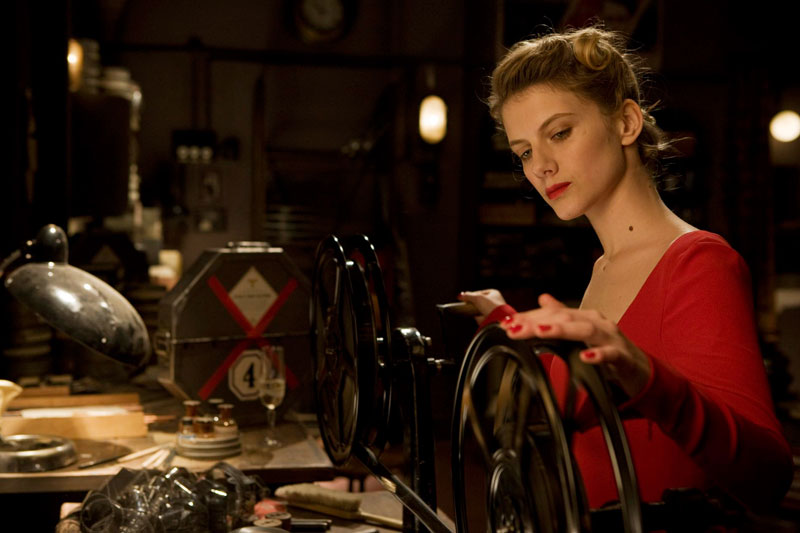 As with puppies and nudity, you can never go wrong by sprinkling a whole mess of dead Nazis in your film, a truism that Tarantino takes to heart (and, via Louisville Slugger, head) in this in-name-only remake of the 1978 Enzo Castellari World War II outing. Divided into chapters à la Kill Bill, Inglourious Basterds weaves together multiple storylines which coalesce into a literally explosive finale that rewrites both history and the World War II-era period of Germany's legendary UFA studios. Along the road to Berlin, it also travels into a surprisingly deft meditation on the uses and abuses of film as propaganda, and, while not every stylistic tack that's employed services the film as a whole – the wiggy, outsized, intertitled character introductions are a case in point – there's no mistaking this glorious mash-up of the war and vengeance genres for anything other than a Tarantino film. The tip-off that this particular version of history is an extended QT riff comes with the opening words: "Once upon a time in Nazi-occupied France." Tarantino's war is no fairy tale, though. While the sundry threads of the interwoven stories take a roundabout way to get to their final, fiery conclusion, the end result is nearly as satisfying as kicking Hitler in the teeth with a steel-toed jackboot. Pitt, scowling and scabrous and full of earthy, Tennessee wit, seems to have pitched his portrayal of the Basterds’ boss, Lt. Aldo Raine, somewhere between Clark Gable and Lee Van Cleef. His men, christened the “Basterds" by the Axis, are an all-Jewish squadron of bloodthirsty Nazi hunters whose most memorable member is Roth's baseball-bat-wielding maniac, Sgt. Donny Donowitz. Leading his men to a balls-out showdown with the Nazi top brass in a Parisian movie theatre owned by Laurent's Jewish survivor Shosanna Dreyfus, Raine and his men end up going head to head with the linguistically cunning and altogether opportunistic Übermensch, Col. Hans Landa, aka the “Jew Hunter." Landa is the most consistently entertaining character in a film crawling with uniquely archetypal figures – he may well be the best character that Tarantino has ever written – and the Austrian actor Waltz delivers a remarkably nuanced performance that's both outrageously over the top and treacherously nuanced. Waltz is, in fact, the beating heart of Inglorious Basterds and the best reason for non-QT fans to see the film. Despite what the film's ad campaign leads you to believe, this isn't simply an unending series of brutal encounters between unsympathetic Nazis and the business end of the Basterds’ bayonets. Tarantino's typically circular dialogue swarms are less noticeable than they were in, say, “Death Proof” or Jackie Brown, but they're still on display, and no one but no one writes with a surer grip of characterization and backstory (whether it's actually revealed or not) than QT. For all its stylistic flourishes and interlocking storylines, Inglourious Basterds is, at its bullet-riddled core, a bloody good war movie, twisting and twisted and full of wordy shrapnel but no less kickass for it. See "Once Upon a War Story" for an interview with Tarantino. 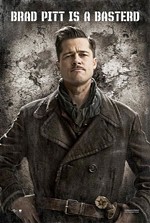