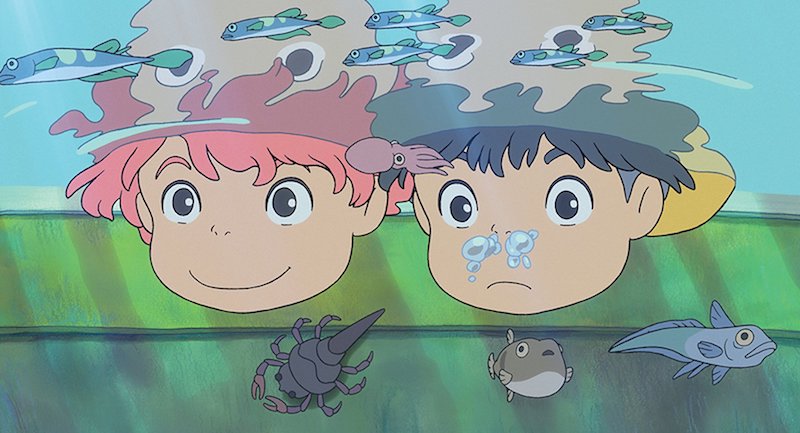 What I want to know is this: What was Oscar-winning director Miyazaki like as a kid? I have only his lengthy string of wildly imaginative and often downright weird (in a good way, to be sure) animated films to judge from but I wouldn't be surprised at all to learn that he spent much of his youth staging epic battles between the forces of good and evil in his backyard, probably involving fish tanks and the family cat and much shouting from his mother. Ponyo is another trippy slice of Miyazaki's feverishly driven imagination, and, while it may not be as surreal as Spirited Away nor as much an instant kidhood classic as the incomparable My Neighbor Totoro, it's still far and away the most original, epic, and refreshingly peculiar animated film of the summer (probably the fall and the winter, too). Because so many of their origins spring from Japanese nature and spirit lore and then go off in a thousand unforeseeable directions, Miyazaki films are preposterously difficult to summarize in print, and Ponyo is no exception. Suffice it to say the story splashes around the goldfish princess Ponyo (Cyrus), the tiny daughter of Fujimoto (Neeson), and her new best friend, Sosuke (Jonas), a 5-year-old human boy who lives with his mother (Blanchett) while his seafaring father (Damon) is off-land. Stricken with the desire to become human, Ponyo wills herself to the mainland via a massive storm surge. The sequence, heart-stopping in its intensity, is a stunning display of the virtues of 2-D animation. Miyazaki's Studio Ghibli once again proves that CGI animation is, well, kind of flat when compared to the pure pop power of the 2-D image. Ponyo is a kids' film at heart, though; it's much closer in tone to the tween-witch escapades of Kiki's Delivery Service than it is to feral growlings of Princess Mononoke. That said, accompanying adults will likely find themselves just as enthralled as their little ones. Ponyo is another conceptually and thrilingly original masterstroke from an animator who long ago left Walt Disney in the dust (if not the Walt Disney Co., which is distributing the film stateside). 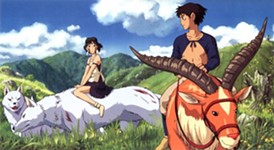 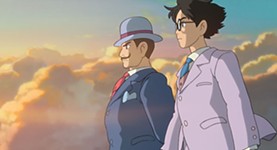 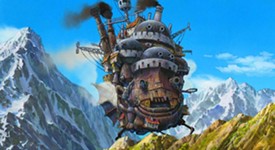 Howl's Moving Castle
The latest from animation master Hayao Miyazaki is ravishingly beautiful but narratively inferior to all his other films.