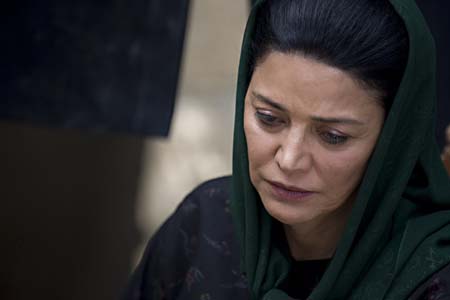 The Stoning of Soraya M.

This impassioned, American-financed drama is in service to the filmmakers’ opposition to the religiously sanctioned stoning of inconvenient or insubordinate Muslim women in Iran and elsewhere. So far, so good. However, The Stoning of Soraya M. is a classic case of preaching to the choir, since it’s doubtful the film will reach many of the minds that need changing. If the film were to be shown in remote Iranian villages such as the one in which the story takes place, it’s more likely that it might spark gut reactions and incite institutional review. However, it’s unlikely that any adherents of the punishment of stoning people to death will speak out in favor of their barbaric belief as the movie plays throughout America and other outposts of the Western world. Add to this that the film is based on a true incident written about in 1994 by novelist and journalist Freidoune Sahebjam and that the incident he recorded occurred approximately 20-25 years ago, sometime after the fall of the Shah, it is unknown how prevalent the practice remains in Iran or how relevant this film might be to its modern-day residents (were they allowed the opportunity to see it). However, the most discouraging thing about The Stoning of Soraya M. is its splatter-film ethos, which is vividly on view throughout the last quarter of the nearly two-hour movie. Granted, the title says it all: A stoning will occur; about that there is no suspense. But as Soraya M.’s (Marnò) half-buried body arches back and then bobs forward like a battered punching bag with each stone thrust to her forehead – her fresh, red blood all the while contrasting with the parched, dusty landscape – viewers also experience this protracted agony of the flesh and begin to crave blessed release. (Many viewers at the screening I attended exited the theatre at this point.) Not since 2004’s The Passion of the Christ have we seen such an explicit and sustained assault on the flesh in a nonhorror film. It’s more than a little curious then that The Stoning of Soraya M. is produced by Mpower Pictures’ Steve McEveety, who until recently was a producer with Mel Gibson’s outfit, Icon Productions, which made The Passion of the Christ. Coincidentally, starring in that earlier film as the crucified title character was Caviezel, who also co-stars in The Stoning as the journalist whose car breaks down in a godforsaken Iranian village and remains there long enough to uncover its secrets. Until the ritual stoning starts in the film’s last 30 minutes, there are many segments of ethnographic interest as we are given entrée to Muslim women’s often hidden world behind the chador, and the piece also provides work for many compelling Iranian-born actors. Still, the melodrama is marred by stark distinctions between good and evil, a kind of dramaturgy that will be overly simplistic for most Western viewers. The Stoning of Soraya M. is like a splatter film made for the Lifetime network, with touches of The Ox-Bow Incident tossed in just so we notice how easy it is for a mob mentality to form. Rather than increasing sympathy for the plight of women living under the ironclad rule of paternalistic theocracies, The Stoning of Soraya M. is more likely to incite Western antipathy for the Islamic faith. It is possible to support the journalistic ideal that no stoning should be left unturned while also championing better storytelling. 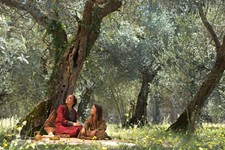