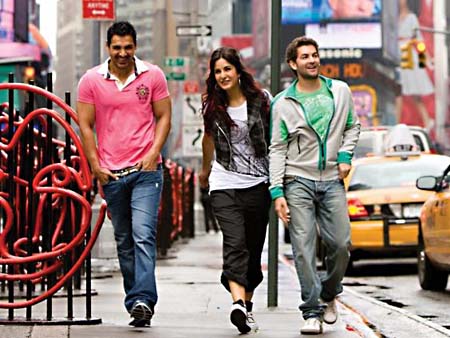 Not reviewed at press time. Filmed in America, this Bollywood movie tells the story of three friends whose lives are thrown into disarray after the 9/11 attacks.

New York, New York
My first trip to the land of fire escapes

Dostana
New Bollywood film is set entirely in Miami and is a romantic comedy about two men who pose as gay roommates to rent an apartment, which sends the wrong signal to women.