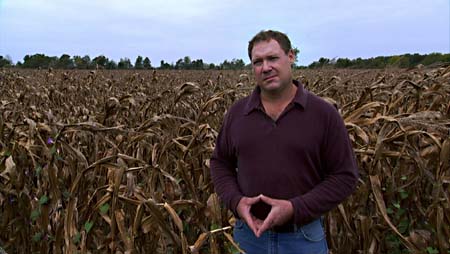 Why wait for 2012? If you’re hankering for a taste of the apocalypse, the opening sequence of this eye-opening, stomach-queasing doc has plenty to go on – witness menacing superimpositions on a bleak, blighted landscape – and the hits just keep on coming. Doomsday opening aside, Food, Inc. largely forgoes bombast (you’ll find more graphic depictions of a kill floor in Richard Linklater’s narrative adaptation of Fast Food Nation), but you don’t need the pictures to get the drift here, which is, more or less, that the American food industry is pretty much fucked. With asides from food activist and The Omnivore’s Dilemma author Michael Pollan (who narrates) and Fast Food Nation scribe Eric Schlosser (who co-produced), Food, Inc. soberly and methodically provides a big-picture primer on where your food’s been coming from, which is mostly from the same four or five megacorporations that iron-fist rule over American farmers. Don’t spend much time in the fast-food drive-through? Hold the self-congratulations: Food, Inc. serves up plenty of chilling data about one litigation-slap-happy company’s soybean monopoly. One imagines Food, Inc. could have been artlessly done and still been effective – the information within is that vital – but Kenner has produced an engaging, cohesive narrative that informs but never scolds; it even heartbreaks, as in his explorations of one poverty- and diabetes-ravaged family’s struggle to eat healthfully and another mother’s congressional battle, sparked by her son’s death from tainted meat. (Mark Adler’s near-constant and rather hysterical score, however, is not so even-keeled.) Food, Inc. maintains a nothing-but-the-facts (you supply the indignation) stance until the end, in an unnecessary call-to-arms coda that nudges the film into agitprop territory (much as distributor Participant Media did with the equally indispensable An Inconvenient Truth). Frankly, the filmmakers aren’t giving the audience enough credit: We get it. We are what we eat. And what we've been eating has been engineered, assembly-lined, and/or brutalized. How's that for an appetite suppressant? (See last week's Screens feature, "A Recipe for Revolution," for an interview with Robert Kenner.) 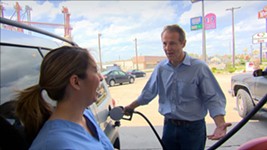 Merchants of Doubt
This doc calls out the spokesmen for Big Tobacco, Big Pharma, and Big Oil, as well as the tactics they use to blur the facts