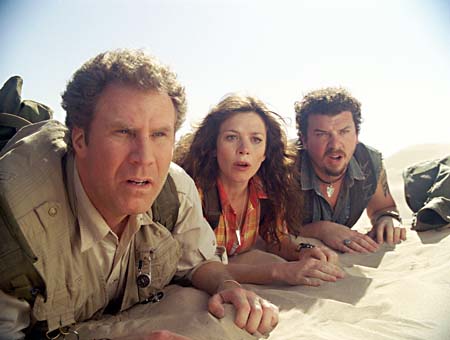 Land of the Lost

Let's get one thing straight right off the obelisk: I have been and shall always be a serious lover of Sid and Marty Krofft's trippy, early Seventies, Saturday morning kids television shows. If you're under the age of 30, the Krofft imprimatur may mean little or nothing to you, although with the steady re-release of their many live-action series over the past few years – including the wonderfully psychedelic H.R. Pufnstuf and the truly mind-warping Lidsville (which features a freakishly off-the-rails star turn by no less than Charles Nelson Reilly) – it's difficult to believe that anyone with an interest in American pop culture and access to YouTube isn't aware of the Kroffts’ seismic influence on an entire generation of impressionable young minds. The Kroffts’ Land of the Lost, which ran for three seasons on NBC beginning in 1974, chronicled the adventures of the Marshall family – dad Rick, son Will, and daughter Holly – who became trapped in an alternate universe where stop-motion dinosaurs battled it out with a race of lizard-men dubbed the Sleestak, and a furry little primate named Chaka pulled double duty as comic relief and narrative linchpin. The dinosaurs, particularly a T-rex christened "Grumpy" by the Marshall clan, were of sub-Harryhausen quality, but that made little difference to the 8- to 12-year-old demographic targets. The show was wildly imaginative, gamely acted, and above all cool. A recent viewing of several original episodes by yours truly suggests the Kroffts were way ahead of their time, too, cramming action-filled episodes with everything from unsettlingly Philip K. Dickian plotlines (intentional or otherwise) to druggy countercultural references. So what to make of this bloated, noisy, and decidedly uncool remake by avowed Land of the Lost fan Silberling? I blame both pop-culture creep (what was once strange and vaguely subversive is now, like Charles Nelson Reilly, old hat) and Ferrell, who stars here as the dullish, food-obsessed, Matt Lauer-hating inventor Dr. Rick Marshall. Ferrell has been spinning his comedic wheels for what seems like ages now, and his once-entertaining schtick – the man-child forced by circumstances to grow up (if only just a teensy bit) – is now, officially, entering into the land of the lost career. He's headed, like Reilly, for that eternal graveyard of once-upon-a-time funnymen, The Hollywood Squares (which, although currently off the air, is due for another incarnation any day now). Silberling's remake is heavy on CGI saurians. The bug-eyed, slow-moving Sleestaks are faithful re-creations of the originals, but the script's idea of updating the Kroffts’ show is to make hairy monkey-boy Chaka (Taccone, of sketch troupe the Lonely Island) a randy opportunist. Land of the Lost is, unfortunately, a perfect example of studio bloat: It's all noise and flash and chaos, but it lacks virtually everything that made the original television series so memorable. It feels less of an homage than an obligation – a big-budget, assembly-lined Will Ferrell castaway that's ultimately less entertaining than, well, The Hollywood Squares. Feh. 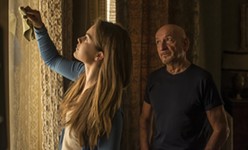 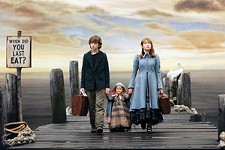 Lemony Snicket's A Series of Unfortunate Events
Thankfully, the dark tone of the beloved childrens books is carried over to the screen, and the terrific performances and production design provide extra lift.