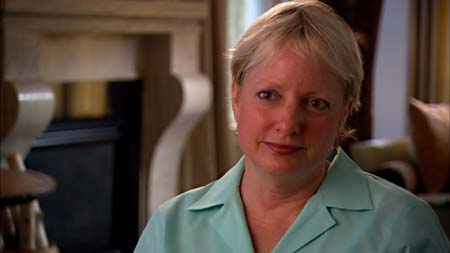 Reactions to this documentary are going to depend on how you feel about the ethics of outing gay and lesbian individuals. The film’s targets for outing are politicians and those in public office who are closeted or otherwise in self-denial and who consistently vote or act against the interests of the GLBT community. Outrage argues that its objective is to out hypocrisy rather than homosexuality. Such closeted policymakers are referred to as “traitors,” and when they vote against such things as support for AIDS research and health coverage for gay partners, the film regards them as contemptuously as murderers. In one of the film’s many interviews, Rep. Barney Frank, D-Mass., perhaps the most prominent self-declared gay congressman, states that elected officials possess “no right to hypocrisy,” a position the film echoes. Personally, I disagree with this stance. While I’m certainly not a proponent of hypocrisy, I believe its total eradication, when applied to all areas of public interest, would leave our governmental chambers totally bereft of human beings. What if religious beliefs were treated to the same rigorous standards? Knowing that it is impossible for an avowed atheist or nonpracticing agnostic to be elected to national office, is it not probable that there are more than a few representatives faking it? And what are we to make of Michael Rogers of BlogActive.com (one of the film’s main commentators and the first to out Sen. Larry Craig prior to his career-killing bathroom-stall escapade) as we watch him stick a flag pin into his lapel before he is about to appear on television? Isn’t there a touch of hypocrisy to such a cynical burnishing of one’s public image? Ultimately, most of the figures outed by director Dick and Rogers will come as no surprise to people who pay attention to these things. Still, the truth-tellers seem fairly single-minded about outing Republicans and other upholders of the right. When the film turns to outing television newscasters who help shape the information we receive, the sole newscaster referenced works for Fox News. This style of documentary-making is not new to Dick, who in his last movie, This Film Is Not Yet Rated, outed the stealth members of the MPAA film-ratings board. Former New Jersey Gov. Jim McGreevey and Outrage argue that the closet suffocates decency and happiness, and the film ends with a freeze-frame of the now-popular folk hero Harvey Milk. However, were we to give up our right to self-denial, I contend that America would cease to be a land of freedom. 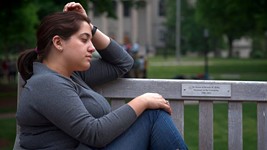 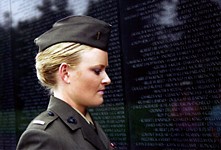