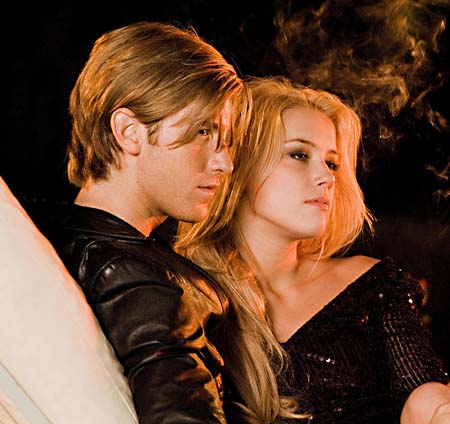 Here’s what the makers of The Informers never learn about the art of storytelling: Just because your characters are vacuous, less-than-zero types, it doesn’t necessarily mean that the tone and structure of your movie has to adopt the same conditions. You’ll spend at least the first half of The Informers trying to get a pulse on the movie’s vast collection of debauched yet anhedonic characters, then most likely throw up your hands (if not your lunch) trying to figure out why you should care about characters who themselves don’t care. It’s not as though they are converging toward any plot or storyline. (Stick around until the end, and you’ll get to verify this movie’s total absence of plot.) Based on Bret Easton Ellis’ 1994 collection of linked short stories, The Informers (which is co-scripted by Ellis and Nicholas Jarecki) seems to be going for something like Robert Altman’s Short Cuts, a feature film derived from Raymond Carver’s writings. However, director Jordan (Buffalo Soldiers) is unable to wrangle any meaning from or raison d’être for his onscreen sybarites. Perhaps it’s somewhat a matter of timing: Do we any longer need Ellis’ clarion portraits of the young and wasted to reveal to us our culture’s moral bankruptcy? The movie is set in 1983 Los Angeles, but apart from the size of the mobile phones and the New Wave music, there is little to distinguish the world portrayed here from the present. The top-line talent, particularly Thornton and Rourke, do manage to hold our attention with idiosyncratic performances, but most of the others are a jumble of fair-haired, disaffected boys. (Heard, however, stands out for her near-total nakedness throughout.) Characters sometimes bleed from one set-piece into the next, but it's often difficult to distinguish one from another. Not a single one offers us a reason to care – and without interesting camerawork or a plot to keep this thing moving forward, The Informers sinks back into the muck, like the La Brea Tar Pits in the town it calls home. 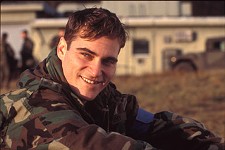 Buffalo Soldiers
On an American military outpost in Europe during the Eighties, the black market economy runs the show.