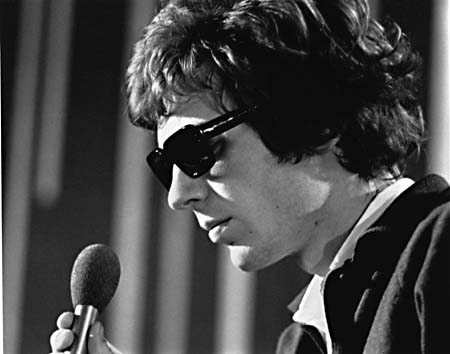 A solo career spanning 40 years and spawning fans such as Brian Eno and David Bowie (the film's executive producer and one of its interviewees) isn't a bad place for Scott Walker. The elusive musician is in the spotlight, even if he's not that fond of it, and Kijak manages to keep him at a reverent distance, the film padded with gushing interviews from musician fans. Far removed from his swoon-pop days in the Walker Brothers (achieving commercial success with such amplified croon tunes as “Make It Easy on Yourself” and “The Sun Ain’t Gonna Shine Anymore”), we see him in the studio recording 2006's critically acclaimed head-scratcher The Drift and creating his singular sound through such means as punching a slab of pork. Much like that meat, Walker's music is cold and rare, but the even rarer interview and studio footage offer a glimpse into the avant composer's closely guarded mind – one that seems gripped by brilliance and fear – and assuages with that heavenly baritone. When asked to explain his once-a-decade album style, a somewhat jovial Walker replies, "That's my bad faith." Kijak (Cinemania) avoids portraying the tragic genius and instead likens Walker to Orpheus. Reinvention cannot be rushed or, often, articulated. (A shorter version of this review appeared when the film made its U.S. premiere at the 2007 South by Southwest Film Festival.) 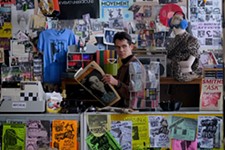 Shoplifters of the World
Airheads for mopey goths 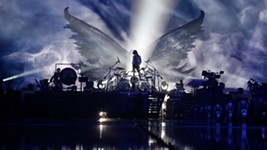