The gulf that sometimes emerges between meaning well and doing well is just one of the sharply observed human experiences illuminated in this French classroom drama. When the best-laid lesson plans fail, liberal-minded teachers faced with insolent-by-nature adolescents can find themselves choking on their pedagogical ideals, while students can find their hopes for academic progress derailed by distractibility, inattention, self-disciplinary deficiencies, and lowered expectations. This French classroom drama puts all this (and more) under the microscope while forging a bare narrative that seeks no winners or losers, only life as it is in this classroom where success is eked out in increments and progress is often imperceptible. No one will be singing “Kumbaya” by the end of the school term, but neither will Lulu be crooning “To Sir With Love.” The kinetic and perceptive realism of The Class puts to shame the entire field of schoolroom dramas and makes the movie seem more like an acutely observed Frederick Wiseman documentary than any up-the-down-staircase melodrama. The film, winner of the Palme d’Or last year at Cannes, depicts a full school year in a French-language class in a Parisian junior high school in which virtually all the students are of African, Caribbean, Asian, and Arab backgrounds, even though many of them have been born in France. Their reluctance to acquiesce to the primacy of French culture is another thorn that fuels their teenage inclination toward insubordination. The Class is based on François Bégaudeau’s 2006 novel, Entre les Murs, which encapsulates the teacher’s year in the classroom. Bégaudeau also stars in the film as the teacher François Marin, and all the students who appear in his French class are also nonprofessionals. The Class is the result of months of weekly workshops in which Bégaudeau and the students would reshape and redefine the characters and the script outline. Dramatically, very little happens that can be shoehorned into a single narrative arc, but the students and teachers nevertheless emerge as individuals with their own issues to confront. The entire movie takes place within the confines of the school – most of it in Marin’s classroom, but other sequences occur in the teachers’ enclaves of meetings and break rooms. Far from feeling claustrophobic, The Class benefits from such unswerving focus as Cantet’s roving cameras move hungrily amongst the students and teacher, always ready to pounce on a particularly dynamic exchange, an unexpected action, or any sudden drift. The movie shows how one untoward word from a teacher can lead to a wholly unforeseen (yet somehow also foretold) chain of reactions, and how one’s standard of ethics is called into daily play regarding a multitude of seemingly mundane decisions. The keen observations of The Class ultimately become a remedial education in themselves. 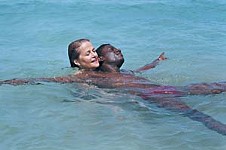 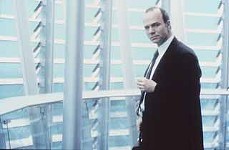 Time Out (L'emploi Du Temps)
Quaffing coffee and clutching his cell phone, French salaryman Vincent (Recoing) rattles off his plans for the day to wife Muriel (Viard): meeting after meeting, ...