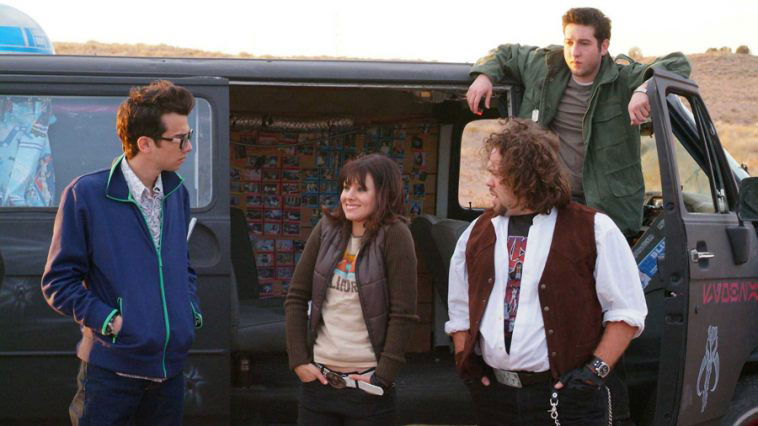 "What if the movie sucks?" one Star Wars fanatic asks another in 1999, just as the lights go down on the opening night of Star Wars: Episode I – The Phantom Menace. Fanboys – bless its earnest, sweetly geeked heart – wisely waits till the end of the film to bring up the elephant in the room. We all know what happened next – that George Lucas' latter-era trilogy by and large sucked, the bitter taste of which still lingers – but Fanboys sets itself in the months leading up to the release, when hearts were still full of hope and geekboys everywhere told time by their Episode I countdown clock. (Austin scriptwriter Ernie Cline wrote the first draft prior to The Phantom Menace's release.) When one of their own, newly diagnosed with a terminal illness, stares down an expiration date prior to Episode I's release, the title's fanboys make it their holy crusade to drive cross-country to Lucas' Skywalker Ranch and break into the facility in order to watch a rough cut of the film. Fanboys is something of a slow starter; its leads, Huntington and Marquette, share a laconic acting style and poker-face resemblance, and their characters' rift isn't terribly interesting. But the supporting players – including Tony Award winner Fogler, Tropic Thunder's wiry Baruchel, and Veronica Mars' Bell as the gang's Girl Friday – give the film enough juice to coast to a second-act peyote trip (hosted by no less than Danny Trejo) that breaks the seal on gut-busting laughs. It comes as no surprise that the film is less about fandom as it is about the community fans create with one another – who else to turn to when the object of your affection, your enduring obsession, blows big chunks? – and Fanboys, a likable, shaggy picture, pays nice tribute to that community. (See "Fan Favorite," Feb. 6, for an interview with screenwriter Ernie Cline.) 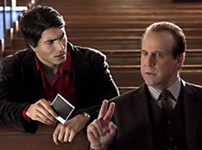 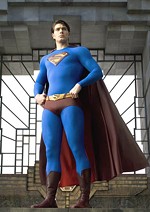