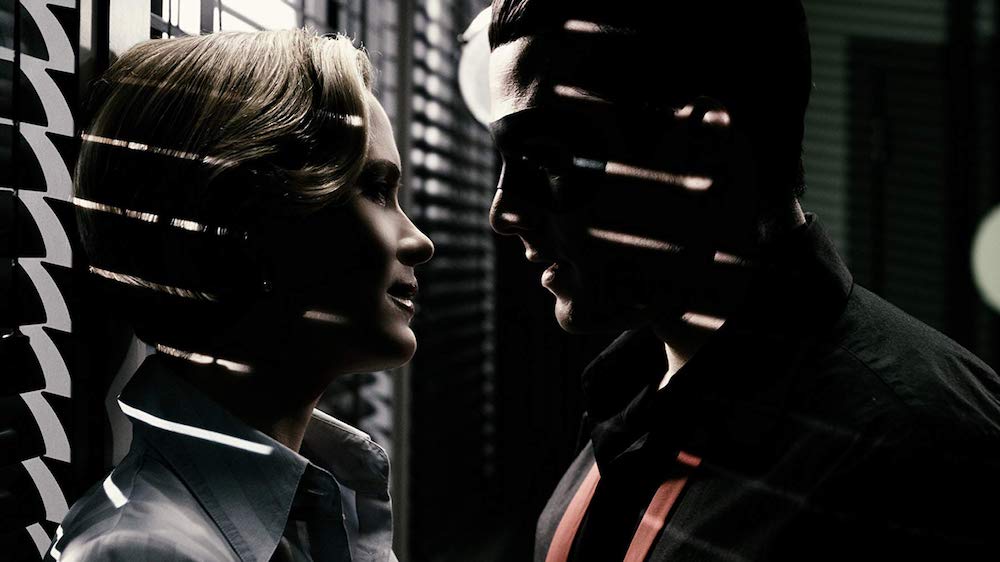 Miller's big-screen adaptation of Will Eisner's comic-book crime fighter has plenty of spirit but no soul at all. And that's a crying shame, since Miller, himself the celebrated creator of the Batman: The Dark Knight Returns and Sin City graphic novels (and the co-director of the film version of the latter, with Robert Rodriguez), would seem to be the ideal choice to bring Eisner's mid-20th century undead tough guy to ever-lovin' life. But the result, which looks and feels like a pastiche of some of the lesser bits of Troublemaker Studios' Sin City that have been Scotch Taped to a dull and painfully chatty plot, is just plain aggravating. The action – what there is of it – revolves around the acquisition of something shiny (as in Pulp Fiction-briefcase shiny or Ark of the Covenant shiny) and something immortality-bestowing, but that's beside the point, really. Miller wants to thrust the audience into Eisner's grittily humorous, joyously unpolitically correct world of bullets, blondes, and bloodshed, but there is no joy in this particular vision of Central City, and mighty Miller has struck out – big time. It doesn't help matters that his choice to play the Spirit (in Eisner's reality, a mysteriously revivified flatfoot named Denny Colt), Macht, has all the knock-down, drag-out charisma of an Acme brand novelty anvil. Nor does it add anything to the film to have Jackson's underworld evildoer, the Octopus, change his wardrobe from natty crimelord to Josef Mengele-inspired kitsch every other sequence. (Although, truth be told, I did get a kick, as apparently also did the hammy Jackson, from the scene in which the actor goes all Sturm und Drang in full Nazi regalia while a green-screened führer fulminates from behind.) As for the many ladies of the Spirit's world, much is made of his lust for them, all of them, but most specifically his childhood crush Sand Seref (Mendes, more draped up and dripped out than rapper Bun B on payday and the only bit of sparkle in an otherwise monochrome noirscape). In Miller's version of Eisner, though, a dame by any other name is still a skirt or a dragon lady or a sucker. Why any of them would topple heels-over-coiffure for this masked enigma is never explained. Sure, he's bulletproof, but he doesn't pack a rod of notable caliber, and his pith is all piffle. Ultimately, it's a long, incoherent mess of a film, enlivened only by the sure knowledge that the great Will Eisner's original is available to one and all at your nearest comic-book shop. 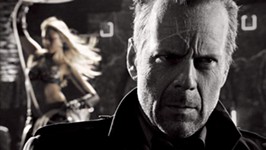