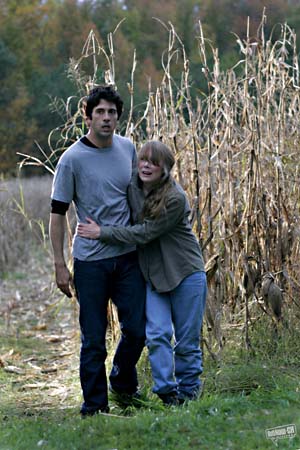 You’re probably already familiar with Murphy’s Law, the one that says, “Everything that can go wrong will go wrong.” What you may not be quite as familiar with, however, is Murphy’s Law of Melodrama, which states that everything that can go wrong will go wrong to the sound of sweeping minor-key violins. Such is the curse of Billy (Garity), the brooding antihero of Lake City, a movie that approaches drama with a heavy-handedness bordering on absurdity. Billy is a classic movie fuckup, the bad boy you can see coming a mile away. His hair is mussed, and his sideburns are long; he chain-smokes cigarettes and forgets to shave; he wears tight, black T-shirts and drives a 1968 Ford Thunderbird with the engine sticking out of the hood: simple shorthand to let audiences knows he’s no good without actually having to say anything. Well, not that he’s no good but rather that he has terrible luck, that life can and will drop on his head at any moment, and that he’s developed a thousand and one post-Stella Adler affectations as a way of protecting himself from the inevitable crash. The list of Billy’s problems reads like an ancient Greek litany: He’s a drunk, he’s on the run from a violent drug dealer (an oddly cast Matthews, leader of the good-natured fusion/jam-rock band that bears his name), he’s recently had to move back in with his mother in small-town Virginia, his junkie girlfriend (de Matteo) uses their son as a drug mule, and he’s stuck emotionally in a single dark moment from his childhood, forced to relive its trauma over and over again in moody flashbacks. All in all, he’s the perfect overblown protagonist for the perfect overcooked soap opera, one in which writer/directors Hill and Moore have mixed so many unnecessary gangster subplots and so much half-baked psychobabble that it feels more like something you’d see late night on Showtime than in a movie theatre. The only thing saving Lake City from total ridiculousness is Spacek, who plays Billy’s emotionally paralyzed mother, Maggie, a woman who’s suffered a double dose of tragedy in her life: first the accidental death of one of her two sons and then the development of the other into a second-rate James Dean with a taste for the maudlin. You might assume it’s the first catastrophe that causes Maggie to sit for hours staring blankly at the horizon, but I wouldn’t underestimate the damage having a cliché for a son can wreak on the soul of a mother. 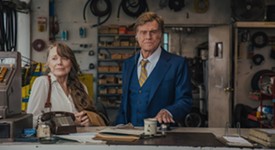 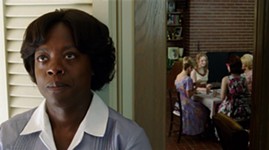 The Help
Based on a bestseller, this Southern civil-rights era story about white women and their black maids is saved by the film's deeply moving cast.