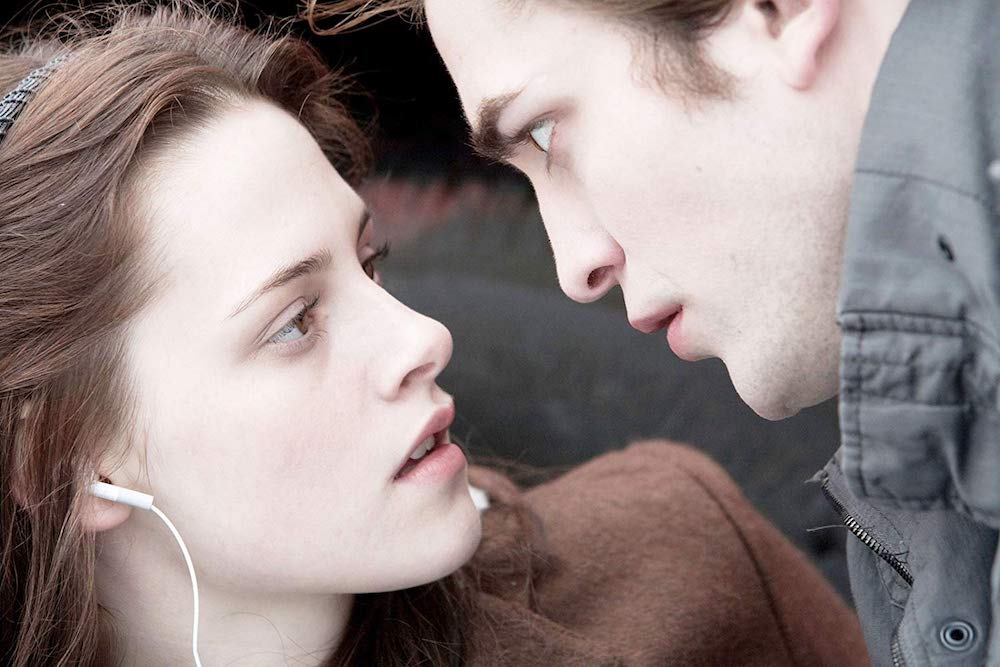 I've had mosquito bites that were more passionate than this undead, unrequited, and altogether unfun pseudo-romantic riff on Romeo and Juliet. Based on the hideously readable (or so my dark beloved tells me) series of "don't call them young adult" novels by Stephenie Meyer, Twilight is the first in what promises to be a lengthy cinematic franchise featuring sexy vampire boys who just say, "No, I don't drink … you." Teens of a certain mindset (not to mention Dark Shadows fans) will eat it up, as will those who've never borne witness to Christopher Lee's bodice-busting abilities. Goths of a purer (or is that im-purer?) bent will likely put a stake in it early on and exit this soggy take on Suck Valley High in favor of more sanguine affairs (Udo Kier? Frank Langella? Max Shreck!). When broody-but-cool teen Bella Swan (Stewart) moves from living with her shiny, happy mom in sunny, happy Phoenix to living with her gloomy sheriff father (Burke) in the permanently overcast town of Forks, Wash., she gets more than just a change of scenery. Although much of Twilight's first half is devoted to Bella's new school and social life (oddly, she seems to fit right in, making friends with almost everyone almost instantly), the heart of the story is her burgeoning romance with pallid school hunk Edward Cullen (Pattinson), one-sixth of a local vampire "family" which has sworn off the human populace in favor of other sources of the crimson. Bella and Edward's courtship is played out with plenty of dreamy, slo-mo nuance (director Hardwicke previously helmed the superior Thirteen), but Pattinson's cheekbones keep getting in the way of the story, and the third-act arrival of a trio of "bad" vampires appears out of nowhere and goes nowhere, too. It's all just too much like an ABC Afterschool Special on teen abstinence, but with the surreal, presumably unintentional twist of metaphorical oral sexuality being the Unspeakable Act. Another annoyance is how Meyer and Twilight's screenwriter Melissa Rosenberg play fast and loose with traditional vampiric lore. Not only do these bloodsuckers lack anything resembling fangs (!), but they don't even succumb to sunlight, instead bursting into shimmery sparkles like raver-fairies on acid. Twilight, to be sure, is critic-proof, but vampirism aside, even its allegedly super-romantic core left this hopeless romantic hoping for so much more. Oh, the horror, the horror. (Or lack thereof.)