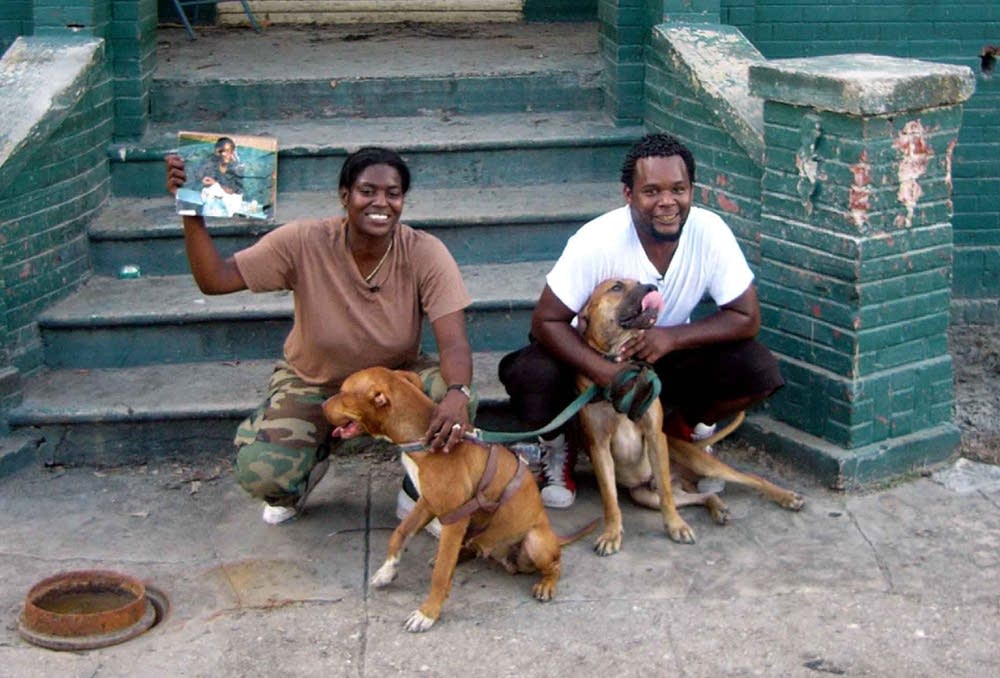 Miracles can occur, even in the face of disaster. Hurricane Katrina, a compound catastrophe caused by natural forces and human error, has so far provided subject matter for two great documentaries: Spike Lee's When the Levees Broke: A Requiem in Four Acts and this, the 2008 Sundance Grand Jury Prize for Documentary winner, Trouble the Water. So shocking and disturbing were the images of death, destruction, and abandonment wrought by Katrina that the difficulty faced by a filmmaker or historian when shaping the raw footage into anything more cogent and profoundly moving than it already is, becomes staggering. Yet, New York filmmakers Lessin and Deal knew they found the hook for their movie shortly after running into Kimberly and Scott Roberts, a moment which was captured on film and is included in Trouble the Water. Temporary evacuees from New Orleans' 9th Ward, this young married couple actually found Lessin and Deal, who were in Alexandria, La., shooting footage for a documentary they originally planned to make. These self-described "hustlers" survived Katrina using much of the same resourcefulness, courage, charm, and intelligence that had gotten them past many of the other hurdles in their lives. A week before Katrina hit, Kimberly bought a used Hi-8 camera for $20 on the street, which she used for the first time the day before the storm, capturing the ebb and flow of daily life in her predestruction neighborhood. With two hours of reserve power remaining in the camera once the electricity went out, she continued to record her family's plight as they retreated to their attic to escape the rising water and from there eventually abandoned their waterlogged home. Her firsthand footage has an immediacy and power that no mere observer's camera can duplicate. Trouble the Water follows the Roberts' experiences as they embark on their nonlinear path back home. They are a charismatic couple gifted with an abundance of street smarts: Kimberly aspires to be rap artist and has recorded under the MC name Black Kold Madina; Scott is a survivor who never had a steady job until an employer gave him a chance to learn the construction trade in post-Katrina New Orleans. The award-winning Austin cinematographer PJ Raval served as the film's director of photography, who shot the post-storm footage. Trouble the Water becomes so much more than a mere record of the catastrophic event: The Roberts are unforgettable figures, and their insiders' perspective and ultimate survival and rebirth provide an exhilarating example of how wondrous things can emerge from the flood. (Director of photography P.J. Ravel will be in attendance for Q&As following the 7:40pm show on Friday and the 5:10pm show on Saturday. Please note the time changes from the previously announced appearances.)