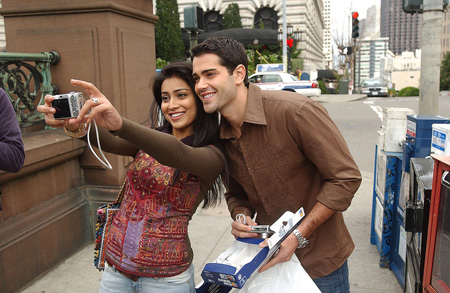 The Other End of the Line

In discussing the Indian tradition of marrying by match, rather than for love, an American advertising exec asks a young Indian woman what happens if the match turns out to be a bad one. The woman shrugs: "Better luck next life." She says it with a smile, but in fact, Priya Sethi (the very likable Saran) is staring down a bad match of her own, one that's been orchestrated by her overbearing parents. Priya works at a call center in Mumbai, putting on an American accent to field credit-card questions to harried customers who think they're speaking to someone in the States. The film's lens into the call-center life – the late hours and the cultural immersion classes (they're schooled in slang and the difference between Dermot Mulroney and Dylan McDermott) – makes for funny, revealing stuff, but that focus is fleeting, pushed aside for a plodding romance between Priya and one of her long-distance callers, the American in advertising. His name is Granger Woodruff, which is the first indication he's a total tool, and he's played by Metcalfe (the former jailbait lawn boy from Desperate Housewives), whose name might have encouraged investors in the film but translates for the audience into something like "abandon hope, all ye who enter here." He's a terrible actor, the kind whose stabs at sincerity make you want to look away in embarrassment. You wouldn't miss much: The Other End of the Line is overlong, overplotted, and pocked with improbabilities. To wit: Who in their right mind hangs up on the credit-card company when they call to tell you your identity has been stolen? Further: In what world would a heterosexual male pass over the exceedingly hot Priya for an inconsequential blonde at a bar? These plot points (by scripter Tracey Jackson) feel like the arbitrary manufacture of conflict, when there's already more organic – and interesting – material to work with, namely Priya's very American claim to the pursuit of happiness vs. her father's insistence on duty, tradition, and family. "You're not entitled to hog all the happiness of our family," he tells her. Headstrong girl, she still chucks it all for the pretty American boy with better defined pecs than personality. Better luck next life, kiddo. 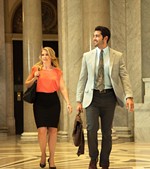 God's Not Dead 2
A sequel? The deity doth protest too much, methinks.