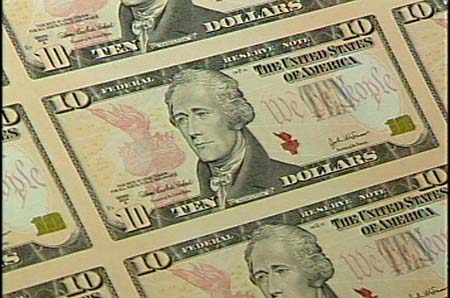 This documentary manages to do something damn near impossible: make the subject of the U.S. national debt understandable and, moreover, render it interesting and urgent. Creadon's film is nonpartisan yet emphatic in its message: Our country is headed toward fiscal ruin and self-obliteration unless steps are immediately taken to halt our incessant borrowing and spending. Our national debt has recently surpassed $10 trillion, a figure so large that even the U.S. National Debt Clock couldn't foresee this eventuality and had to find a creative solution for displaying the sum once it became necessary to add an extra digit to the total earlier this month. Creadon and his co-writers and producers, Christine O'Malley and Addison Wiggin, do an excellent job of parsing the situation and explaining the history and evolution of our debt, going back to the founding of our country. Interviews are well-edited and intercut informatively, although the film's creative use of graphics is its real communication triumph. Charts, graphs, and other materials are lively and help imbue the challenging material with an easy clarity. The filmmakers also derive strength from their firm belief that "we, the people" are fully capable of grasping these economic concepts and that without an informed and riled citizenry, there will be no pressure on the president and our legislative bodies to take action. In fact, the film concludes its litany of certain doom with lists of suggestions for further action. Creadon (whose previous documentary, Wordplay, offered an engaging portrait of The New York Times crossword-puzzle editor, Will Shortz, and other puzzle enthusiasts) structures his film around the Fiscal Wake-Up Tour conducted by former U.S. Comptroller Gen. David M. Walker, whom former Fed Chairman Paul Volcker described as the debt's Paul Revere. Other speakers include Robert Bixby of the Concord Coalition, Warren Buffett, Rep. Ron Paul, and former Treasury Secretary Paul O'Neill, who here tells the real reasons he was fired by Bush and Cheney. Here and there, I.O.U.S.A. slips into rhetoric, but it's hard not to be swayed by the film's belief that the U.S. will eventually wind up like all other civilizations that lived beyond their means: extinct. 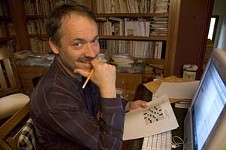 Wordplay
A documentary about crossword puzzles and their ardent fans, with specific focus on the daily puzzles in The New York Times; their editor, Will Shortz; and the American Crossword Puzzle Tournament.