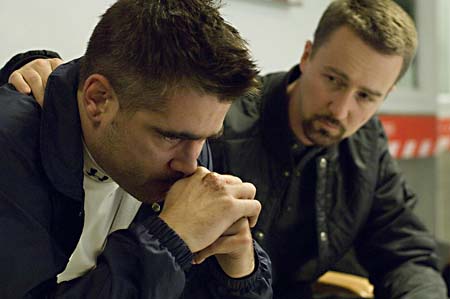 It's a good thing this movie has been sitting on the shelf for a year or more, because, apart from the difference in release dates, there's little to distinguish this new cop drama from last year's cop drama We Own the Night – or last decade's Cop Land or dozens of other police procedurals that pit brothers against one another in a struggle between clean and dirty law-enforcement tactics, all played out under the watchful eye of a father figure who's also the top dog in the department's chain of command. In Pride and Glory, we have two brothers, plus a brother-in-law and a dad who's the chief of the detective bureau in which the three work. Norton and Emmerich are the brothers, Raymond and Francis; Farrell the brother-in-law, Jimmy, and Voight the chief of detectives, Francis Senior. Four cops are killed during the film's opening sequence, a situation that sets the whole department on edge and adds a passionate urgency to everyone's desire to find the perpetrator. Dad commands Raymond to lead the task force, and of course the investigation starts to point in the direction of his family members. What's a good brother to do? With a screenplay (co-written by the director's brother Gregory and hyperbolic Narc director Joe Carnahan) as predictable as this one, Pride and Glory's only chance for individuality lies in the manner of its telling. Visually, the film is crisp and detailed (it's shot by cinematographer Declan Quinn), yet the performances, though solid, are less than extraordinary. A film starring such mercurial actors as Norton, Farrell, and Voight raises expectations of fireworks onscreen, which makes their absence all the more noticeable. Also, director O'Connor has set his own bar for working with actors, earning Janet McTeer an Oscar nomination for her performance in Tumbleweeds and many kudos for Kurt Russell in his turn as the Olympic hockey coach in Miracle. Pride and Glory, however, lacks the right stuff to pierce the thin blue line. 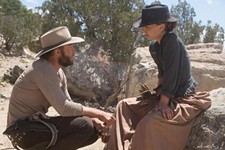 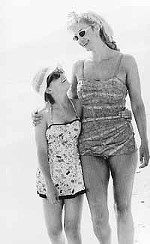 Tumbleweeds
This wonderful actors' piece deservedly earned star Janet McTeer an Academy Award nomination for her work. It's a wonderfully nuanced performance in an otherwise un-nuanced ...