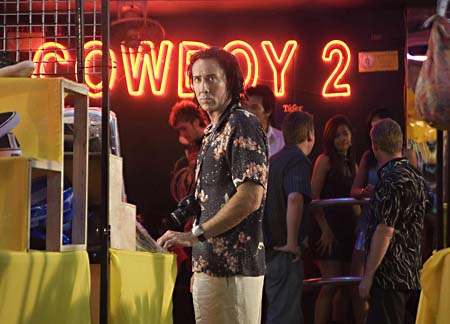 I'm beginning to suspect there's some sort of ancient, or at least post-Pearl Harbor, curse in play that stops genre-oriented Asian filmmakers from creating anything of but the most negligible merit once they hit the California shore. Obviously, this doesn't apply to iconic Guangzhou native Keye Luke, who hit pay dirt as Charlie Chan's No. 1 son, Lee, in 1935 and ended his career shepherding Joe Dante's mogwai into existence in the Gremlins films. Generally speaking, Luke and permanent international superbrand Jackie Chan are the exceptions to the norm. From the ballistic ballets of John Woo (whose only truly great American-made film was Face/Off) to the doomed television exploits of Sammo Hung (Martial Law), not to mention Jet Li's schizophrenic decent/terrible cinematic output, it's like the obverse of Calgon's "ancient Chinese secret" was somehow scrubbing away all the true grit and raw wallop of Asia's finest. Perhaps their talents are being held incommunicado at some sort of movie-land Manzanar, or perhaps they're just unprepared for the excess of cash, crew, and BS that Hollywood garlands them in. Whatever's going on here, the fact remains that Asian filmmakers (Ang Lee being the venerable exception to the rule) tend to fare ill in our land. Much to the woe of genre-film lovers everywhere, we can now add the Hong Kong-born, Thai-based Pang brothers, Danny and Oxide, to the list of stateside casualties. Americanized remakes of their two most famous (and, frankly, best) films, The Eye and The Eye 2, have already been helmed, badly, by others. Bangkok Dangerous is the siblings' own remake of their lively, riotously colorful 1999 Thai debut – a deaf-mute Patpong hit man falls for a comely pharmacist amidst much blood, cordite, and candy-colored redemption – but it feels vapid and underwhelming and painfully rote, like Woo's The Killer if Chow Yun-Fat's obscure object of desire had been Wong Kar-Wai and not Sally Yeh. Much of the problem lies with Nicolas Cage and his Amazing Magical Wig-Hat, both of which look good fluttering in the airstream created by 9mm near-misses but do little else of note. Cage is in very serious mode here (although his Sahara-dry sarcasm is still in evidence on occasion), but the script scratches the deaf-mute aspect of his character and instead makes his drugstore paramour (Yeung) the one with the handicap. It could be argued that Cage's wig is as much of a handicap as any sane scenarist should allow – it's like something out of Vonnegut's "Harrison Bergeron" – but the actor moves through the directors' hyperfluoresced Bangkok looking for all the world like a bassett hound at a bunny orgy. He's funless, scowly, grim, and steroidally impervious to the fleshy and salacious good cheer that surrounds him, all cock and no bang. 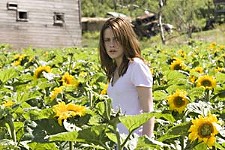 The Messengers
This spook story is a surprisingly mediocre Hollywood debut for Hong Kong’s Pang brothers.