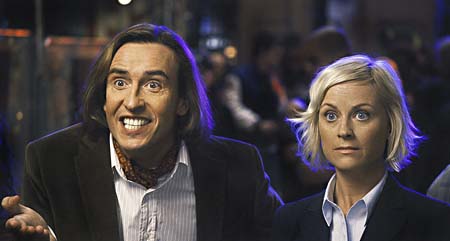 The psychological repercussions of childhood sexual abuse do not normally lend themselves to great comedy, but thankfully, British comic actor Coogan is so far removed from "normal" as to be living in an alternate, slightly funnier, definitely edgier reality. Best known to tabloid bottom-feeders as the father of Courtney Love's nonexistent, um, love child and the man who may or may not have supplied drugs to a suicidal Owen Wilson ("Coogan the Barbarian!" shouted London's Daily Mail), Coogan manages, somehow, to write and perform lacerating, character-driven, full-contact comedy whenever he has some downtime between outrageous scandals. His masterpiece, to date, is the character of Alan Partridge, a superficial echo of a human being masquerading as an erudite BBC broadcaster/pundit. Coogan inhabits the role of this oblivious, self-important buffoon so fully that viewing I'm Alan Partridge, one of several BBC shows that have featured the character, feels less like a comic experience than some sort of voyeuristic exercise in self-flagellation (on both sides of the screen). Hamlet 2, while great, sick fun, never fully lives up to its titular potential, and it's tonally uneven. Unlike Coogan, it both goes too far and not quite far enough in its embrace of everyday madness. (Although once you include a catchy musical number about incest and pederasty, a song which features the chorus "Raped in the face," I'm uncertain if there is anywhere to go.) Coogan plays Dana Marschz, a passionately committed high school drama teacher in Tucson who, upon learning that budget cuts will eliminate his class, quickly dashes off a sequel to Hamlet, hoping that its performance will raise enough money to keep the show (and the class) going on and on. This is hindered, at first, by almost two dozen new drama students, all Hispanic and none interested in theatre, who have arrived to torment him à la Dangerous Minds. How Marschz, a dangerous mime if ever there were one, reforms his la vida loca-livin' charges, via the majestically warped Hamlet 2 – a play which features a sexy, time-traveling Jesus (as in Christ) and a bicurious, doo-wop groove, among other knotty plotlines – forms the crux of the film's borderline-surreal story. Occasionally, Keener (as Marschz's sleazy wife) and a nearly wordless Arquette wander in and out of frame, but like everyone else in this film, they're eclipsed by Coogan's gloriously unhinged performance, which has the lunatic, semi-meta tone of a parody within a parody. Coogan is an utterly fearless performer, which makes his character just a little bit frightening, occasionally unsympathetic, and just unreal enough to feel way too real. There is, as ever, only the most nominal of lines between real genius and a really quiet room at Bedlam, and Coogan, entirely comfortable with making his audience entirely uncomfortable, straddles it with manic vigor, raping it in the face for all it's worth. 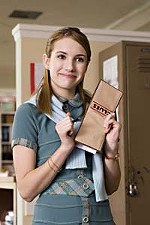 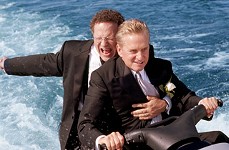 The In-Laws
Mention Arthur Hiller’s 1979 film The In-Laws to people of a certain age, and you’ll likely get to see otherwise sane folk run around the ...