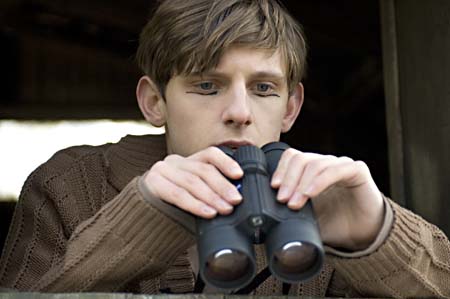 Premiering exclusively in Austin prior to a national rollout two weeks from now, Mister Foe is unlike any coming-of-age movie you've seen before. Equal parts sweet and perverse, this Scottish film is unpredictable in places where it might be twee, and subversively fanciful in others where it might be punishing. Billy Elliot's Bell comes into his own here as a leading man, fully demonstrating his ability to play a compelling range of emotions that leave in question the stability of the young man's mental state. Frighteningly disturbed and desperately needy, the character he plays, Hallam Foe, also bears a contradictory cocksureness and bemused sense of self-awareness. Things apparently started going badly for Foe after his mother's death in a boating accident two years ago, which the teenager alone regards as suspicious. His chief suspect is his father's secretary, Verity (Forlani), who married his dad (Hinds) rather quickly afterward. The young man develops into a full-fledged Peeping Tom who uses his ever-present binoculars to spy on his father and Verity, as well as his sister and other townsfolk. He hides out in his treehouse and bedecks himself in bizarre war paint and sometimes wears his mother's dress and an animal pelt on his head as part of his ritual. A crisis forces him to flee the family home for the streets of Glasgow, and almost as we begin to feel sympathy for the seemingly helpless lad, this voyeur and lock-picker finds a new perch in the city and a new subject, Kate (Myles), who looks rather like his dead mother. Fortunately for Foe, Kate eventually announces that she "likes creepy men" (as I said, it's all a bit fanciful), but there's still much conflict to resolve before the two can see eye-to-eye. This proclivity for outré sexual situations is a holdover for director Mackenzie from his earlier film Young Adam, though it must be said that much less is seen here than imagined. Mackenzie is a striking image-maker, and this film is also brightened by its animated credit sequences and a library full of accompanying rock music by the likes of Juana Molina, Sons & Daughters, and Clinic, and theme music by Glaswegians Franz Ferdinand. At times, it seems as though the film sidesteps the full implications of its voyeurism theme, but the story is told with such heart and conviction that it also manages to avoid succumbing to the ickiness factor. If there's any justice, Mister Foe will be a film to watch. 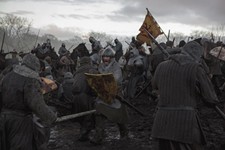 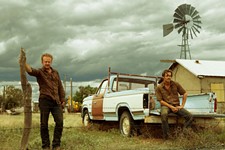