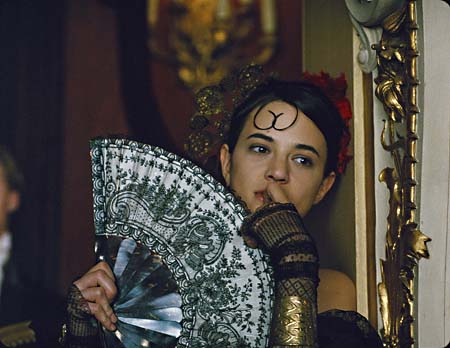 The latest titillation from French provocatrice Breillat is a period piece (not to be confused with her Anatomy of Hell, a self-penned period piece of an altogether different type) based upon Jules-Amédée Barbey d'Aurevilly's 19th century scandalous novel Une Vieille Maîtresse. But it's not what you'd expect, frankly, from Breillat, who has made a career out her seemingly inexhaustible wellspring of films predicated on often brutal and exploitive sexual politics, both masculine and feminine. While her previous films, particularly the incendiary Romance and the aforementioned Anatomy, have often descended into banal and explicit crudity in their overreaching desire to explore all possible avenues leading into and out of literal and metaphoric bedrooms, The Last Mistress operates on a somewhat different (though no less politicized) plane. Argento – whose seriously transgressive résumé and lineage (she's the daughter of Italian horror maestro Dario Argento and his own highly sexualized muse, Daria Nicolodi) makes you wonder why she and Breillat didn't get together earlier – owns this film, body and soullessness. As La Vellini, the titular courtesan to a much younger, reformation-minded libertine (Aattou) about to be married off to Parisian society, she's forced to play dirty, and, as ever, she does it mind-bendingly well. Here, Argento's unusual beauty – at first glance she appears unremarkable, at second undeniable, and at third unforgettable – is all sullied innocence, swimming, as one character puts it, "in the ocean of perfidy that is men's hearts." Indeed. Much of Breillat's film takes place in flashback as the libertine recounts to his grand-mére-to-be (Sarraute) the sordid tale of his 10-year romance with the mistress. Thankfully, the film is as outrageously costumed and art-directed as any of Ken Russell's more enduring period escapades. It wouldn't feel out of place on a double bill with Dangerous Liaisons, given Breillat's unrepentantly nihilistic attitude toward the battle of the sexes in which all are pawns, every knight is errant, and the only queen is Queen Bitch. 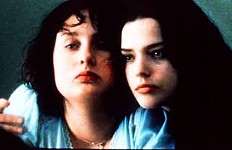 Fat Girl
Words like “feminist” and “provocative” are frequently bandied about when talking about French filmmaker Catherine Breillat, a writer and director who has built a career ... 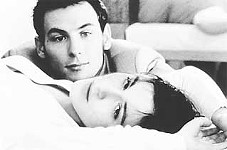 Romance
They say that sex is all in the head. If that is so, we wonder why we have to see so many naked bodies in ...