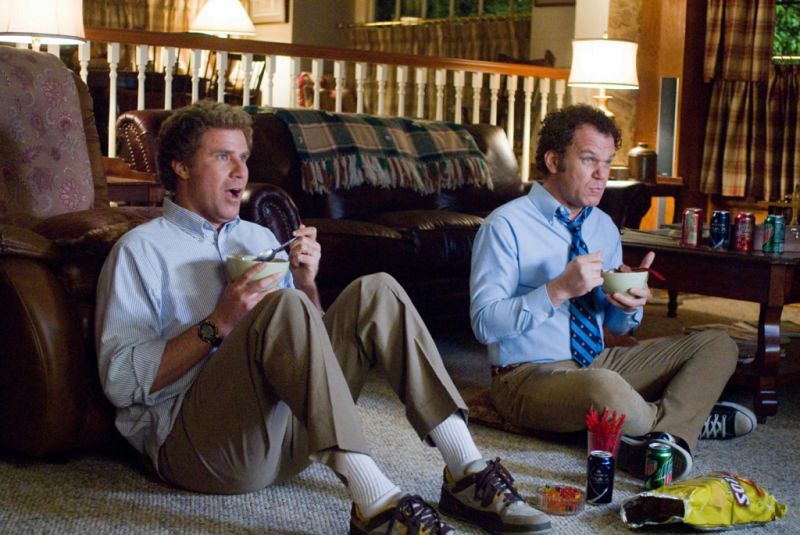 Will Ferrell's newest is a lot like Will Ferrell's oldest, which is to say it feels like an old-school (no pun intended) Saturday Night Live skit amped up on a heaping helping of sugar-infused Count Suckula breakfast meth. It's all over the place, and it will make you laugh when you least expect it, but maybe not so much when you do. Ferrell's career thus far has been downright stratospheric in its yet-to-apogee arc. Gems like Elf and the genuinely affecting Stranger Than Fiction have expanded on his clueless man-child schtick much in the mold of former SNL cohort Adam Sandler. But whereas the latter tends too often to wander into the quagmire of oozy sentimentalism, Ferrell apparently has been letting story and gag ideas drip osmotically into his nicely warped brain pan via some sort of surrealistic pillow (so much so that he's now a prime – scratch that, the only – candidate to host my dream game show Who's Your Dada?). There's a thin blah line between childlike and childish, and Ferrell has permanently blurred that little bastard. It's so blurry in Step Brothers, however, that it keeps you off balance, stuck waiting for the next scrotal joke or explosive display of Ferrell's freshly struck but cliché freak-out moment, which can feel like a chore. Step Brothers arrives with assorted choice crew members from Anchorman: The Legend of Ron Burgundy and Talladega Nights: The Ballad of Ricky Bobby in place, including writer/director McKay, cinematographer Oliver Wood, and current comedy godhead, producer Judd Apatow. Ferrell and Reilly play Brennan and Dale, slacker layabouts with the hypercompetitive temperaments of 12-year-old bully-magnets who reluctantly become best stepbrothers forever when Brennan's mom (Steenburgen) marries Dale's dad (Jenkins). Hilarity ensues, obstacles are overcome, and life lessons of the socially inept variety bubble up all over the place like magic mushrooms after a rainstorm. (Come to think of it, Step Brothers may well double as a religious experience for those inclined to arrive in an altered state of mind.) But Ferrell and Reilly's infantilism grows wearying for those of us who've had our fill of dick jokes and child-men run amok. Step Brothers has comic fuel to burn, some of it unashamedly non sequitur and stupid-brilliant, but it still feels like a post-Talladega flameout.