First let me soothe the jangled nerves of any purists in the house: Yes, Mamma Mia! stays faithful to its source material. By source material, I mean, of course, the hit theatrical show that strung together a bunch of ABBA chart toppers and shoehorned a pittance of plot in between a giggling spectacle of song and dance. Yup, the film adaptation of the Broadway adaptation of a catalog of Swedish disco hits retains all that is giggling and ups the ante with fodder for twitter, snicker, groan, and guffaw. This is astonishingly silly stuff, this musical about the soon-to-be-married bastard child Sophie (Seyfried), who invites to her Grecian isle wedding the three men she knows her mother, Donna (Streep), schtupped during the summer of Sophie’s conception. But it’s not like anybody’s trying to pass this off as anything other than silly – there’s a goddamn exclamation point in the title. Which isn’t to say that there isn’t much to quibble with here, like the apparent directive for someone – bride, bridesmaid, scullery maid, whatever – to dissolve into squeals at regular intervals, or director Lloyd’s apparent grudge matches with shot continuity and proper night lighting (it’s cool – she found lasting love with slo-mo instead). There are indignities aplenty heaped atop the cast (Welcome to Ham Town: Streep, in her blue romper, writhing in a lovesick throe atop “the old goat house,” and Firth, reduced in one of the final shots to just his bare, glistening torso cocked to the right of the frame). But to get back to that exclamation point: Once you accept everything it entails, there are fleeting pleasures to be had. Mostly known for TV work in Big Love and Veronica Mars, Seyfried is a lovely find; she has the most accomplished voice in the cast and imbues a zero character with vulnerability and charm. The vets are fun to watch, too – especially Walters, as Streep’s spectacled, sass-mouth gal pal, Rosie, and the unflappable, frog-voiced Brosnan, as one of the maybe-dads. His first solo in the sneak screening was swallowed whole by the audience’s laughter, which might have stung had he not gotten a working vacation in Greece out of the deal, not to mention a nice tan and toned glutes from running up and down all those hillside cobbled steps. We get substantially less, but I suppose unbroken laughter – intended or not – and an hour-plus of air-conditioning on somebody else's dime will do. I could do without “Dancing Queen” stuck in my head, but that will unstick soon enough, and with any luck, so too will the memory of Streep noodling on an air guitar. 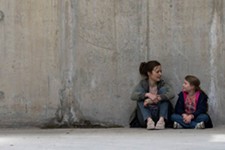 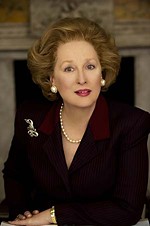