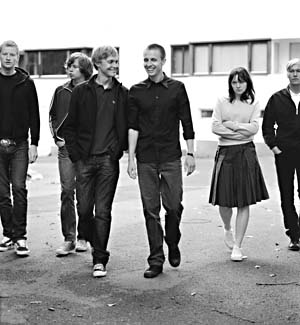 We open on two young men – Phillip (Lie) and Erik (Klouman-Høiner), best friends and struggling writers – as they deposit in tandem their fresh manuscripts into a mailbox. Cut to their imagined trajectories – publication, travels, torments. They are young and brash, seductively so. In their wildest fantasies, they aren’t bestsellers – they’re cult heroes; they don’t find love with a nice girl and settle down – they fall for the damaged, desperate one who throws herself from a rooftop in a foreign capital. (The better to mine material from, right?) Then reality steps in and deals them both a blow: Erik's novel is rejected, while Phillip’s is published to great acclaim – only for a psychotic break to undo him at the height of his success. This stylish, often-frenetic first feature from Norweigan filmmaker Trier (distant cousin to that Danish master of discomfort Lars von Trier) is as auspicious – and breathless – a debut as Reservoir Dogs was for Tarantino; and just as with our American motormouth savant, one senses that Trier has always been the coolest kid in the room … at least in any room that counts. This creates a faint whiff of hipper-than-thou that hangs around the edges of Reprise, which somewhat dampens its emotional effect – but it’s a thrilling thing nonetheless. Trier hasn’t quite worked all the kinks out yet, but he gets by on sheer bravado, and his co-leads – Klouman-Høiner's seemingly nice guy, with his teasing glimmers of toady cowardice, and hollowed-out Lie, who’s cornered damaged and desperate all on his own – are compulsively watchable. Reprise is many things at once: portraits in miniature of mental illness, obsessive love, the uneasy transition from punk rock youth to “upstanding” adulthood, and fraternal competitiveness. The last is the most interesting. In its coda, the film reprises its own initial “what if?” tangent, and it’s instructive that what one man, in his wildest fantasies, imagines for his best friend is a nice girl to settle down with … and writer's block. Post-viewing, I was still coasting on the giddy high of kinetic cinema, only to have the astonishing callousness of its conclusion slowly settle in. It’s a better film for it – one only wishes that Reprise on a whole had been of the same mind: a little less cool, a little more cruel. That’s where the really good stuff is. 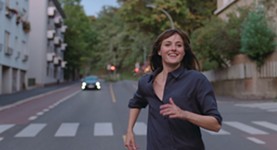 The Worst Person in the World
Worst person? No. Best performance of the year? Maybe.