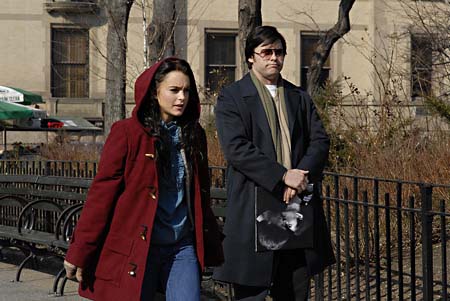 As brilliant as Robert De Niro is, he’ll always have to answer for the fact that it was his performance in Raging Bull that put the idea into actors’ heads that psychological verisimilitude could be attained through simple weight gain. Leto is only the latest in a long line of pretenders to pack on the pounds in an effort to convince viewers of his dedication to a role, in this case Mark David Chapman, the obsessive Beatles fan who shot and killed John Lennon outside the Dakota apartment building in New York City in December 1980. Hiding behind a brand-new belly and a couple of extra chins, and sporting a dark mop of greasy unkempt hair, Leto does look a lot like Chapman, and God knows he works hard to capture all the man’s delusional paranoia and jaded disappointment. Wandering the streets of New York with a head full of voices – some benevolent, most less so – and his now-famous copy of The Catcher in the Rye, he’s the portrait of modern urban disaffection and misguided hero worship. But Leto isn’t De Niro in Raging Bull. Leto isn’t even De Niro in Meet the Fockers. And despite all his obvious effort and admirable Stanislavskian immersion – the sweaty, nervous tics, the explosive mood swings, the breathy voiceovers – his Chapman is pure cinematic affectation, a compendium of great movie madmen of the past. It’s as if, like Leto himself, Chapman is channeling De Niro, only this time it’s his Travis Bickle, a loner stalking the mean city with a handgun and a cosmic sense of moral disgust. (Writer/director Schaefer drives this point home at the film’s climax, placing his antihero in front of a mirror with a gun in his hand gasping, “I am Holden,” instead of “You talkin’ to me?”) What’s unfortunate about Chapter 27 is that in its rush to be a character study, it misses a golden opportunity to explore the subtle line between fandom and obsession (after all, Chapman wasn’t the only person freezing on the streets outside the Dakota day after day, waiting to touch the hem of Lennon’s garment), a topic that is rich in artistic and philosophical possibilities, especially in our age of ever-increasing tabloid lust. The presence of Lohan – a celebrity whose every move is tracked by the media like an endangered species of hawk – only serves to highlight the point that the truly fascinating story behind the murder of Lennon wasn’t Chapman’s madness (and certainly not his weight) but the depths of our celebrity mania and the influence we’re willing to concede to personalities larger than our own. 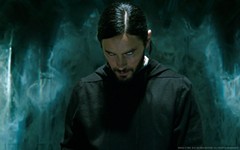