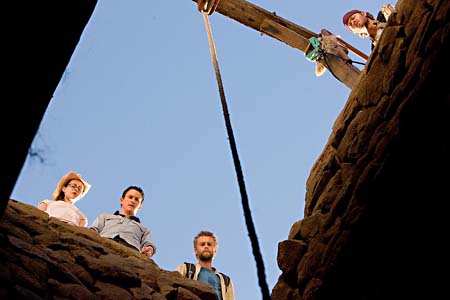 In his short story "The White People," Welsh author and dark fantasist Arthur Machen offered one of the most sublime explications of the true nature of sin, saying that true evil would be discerned by its very improbability ("the roses in your garden singing … the stones growing" and so on). H.P. Lovecraft took Machen to heart and, infusing Machen's theosophistic bent with his own brand of cosmic horror, ran with it, all the way to the Arkham Asylum, so to speak. More's the pity, because Machen's version of unknowable evil has fewer tentacles and is thus never consigned to the realm of Bad Cinema, à la Lovecraft, who, apart from filmmakers Stuart Gordon (Re-Animator) and Andrew Leman (whose expressionistic, black-and-white short "The Call of Cthulhu" remains unsurpassed in terms of rendering the adjective "Lovecraftian" cinematic), has generally suffered on film. The Ruins, based on Scott Smith's bestselling horror novel, takes Machen's hellish floral chorus and turns it into a bizarre riff on the perils of leaving the main trail and venturing off on one's own, especially if you're young, white, and American. Medical student Jeff (Tucker) ends up getting a highly specialized crash course in field surgery and why cell phones are fundamentally evil little diabolus ex machinas when he and girlfriend Amy (Malone) and their best friends Stacy (Ramsey) and Eric (Ashmore) end up trapped atop an ancient Mayan pyramid – along with a fellow German tourist – which harbors a dark, sinewy secret. That secret is not that cell-phone reception is a no-bar ordeal in modern horror films but something far more interesting, up to a point. I'll not go into it here because you'd just start giggling, but Smith's singularly bizarre novel managed what this film cannot: fear and sympathy. Stripped of the novel's horror by its own overreliance on grisly imagery and a quartet of protagonists who you barely care about, this is not nearly as unique a horror film as it thinks it is or it could have been. It's The Day of the Triffids meets Hostel in James Whale's Green Hell, all of which should have added up to one hell of a freakyass fright flick. As it stands, The Ruins is about as interesting as a pile of old stones and a monkey-dumb yanqui falling prey to the horrors of globalization. And that's pretty dumb. 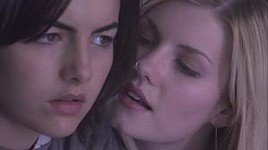 The Quiet
The first Burnt Orange Productions joint mixes The Piano with Poison Ivy. Perhaps future generations of film scholars will embrace The Quiet as a B-movie that problematizes the oppressive gaze, but for now, it's a misfire. 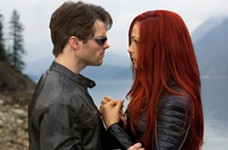 X-Men: The Last Stand
This third outing in the franchise lays on the subtext even more heavily than its predecessors – racial, gender, and sexual politics are all over the place, as are the multiple strands of the story line.