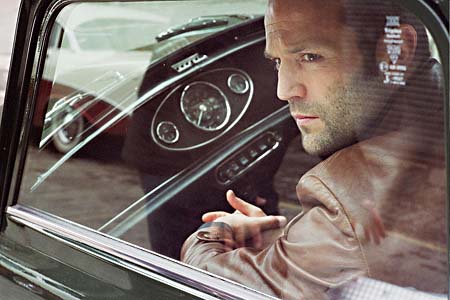 In 1971, a group of low-rent thieves dug into the vault at a Lloyds bank in central London, raided the safe-deposit boxes they found there, and made off with an enormous amount of cash and jewelry. For days, the robbery was the talk of London: the brazenness of the criminals, the inability of the police to secure their arrests or retrieve the stolen goods, and, most fascinating of all, the story of the amateur ham-radio operator who had randomly stumbled upon the walkie-talkie conversations of the heist men as they dug their tunnel. The so-called “walkie-talkie bank job” became a cause célèbre. And then – just like that – it was gone, buried underneath a government gagging order that forbade coverage of the story for 30 years. The reason for the order was unclear, but popular lore regards the government as responsible for the break-in, having hired the robbers in order to get inside the safe-deposit box of a controversial black nationalist/drug smuggler who, it was said, was sitting on compromising photos of Princess Margaret. Well, it’s been 30 years, so now we get The Bank Job, which blends together the daring of the bank-heist genre with the looming dread of the political-paranoia genre and, in the process, creates its own particular world: Call it the Pandora’s box genre. When Terry Leather (Statham) and his motley gang of thieves pop open those safe-deposit boxes, they don’t just blow the lid off a criminal extortion ring; they stumble into a whole universe of police corruption, financial malfeasance, sexual degeneracy, political conspiracy, murder, torture, and upper-class salaciousness. In other words: a moviemaker’s dream. Unfortunately for our heroes, there are consequences to actions that upset rich and powerful people, and where The Bank Job really thrives is in its depiction of the cold, hard realities of a life spent dipping your hands in other people’s pockets. Unlike the other great caper films of the last 10 years, like Ocean’s Eleven and The Italian Job – stylish affairs in which punishment is close enough to give the audience a sense of lingering danger but never so close that it gets in the way of the technological fetishism and love of tailored shirts that apparently make grand larceny such a kick – the blowback in The Bank Job is real and ugly and involves some sort of pneumatic paint-stripping machine that would freak out the Coen brothers. Rather than work under the modern-day Hollywood theory that the right suit and the right haircut are just as important to a successful heist as criminal expertise, The Bank Job makes the rather more daring argument that neither is really necessary as long as you have an excess of moxie, dire financial need, and a willingness to accept that prison, death, and other (considerably less pleasant) punishments are the risks of a life spent on the wrong side of both the law and the lawbreakers. 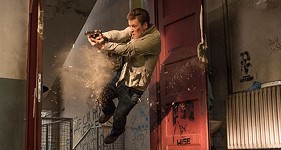 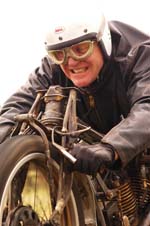 The World's Fastest Indian
Anthony Hopkins' great performance as Burt Munro, the real-life New Zealand codger and Indian motorcycle enthusiast who in 1967 set a land speed record that still stands today, is not enough to crash through this unabashedly sentimental wall of schmaltz.