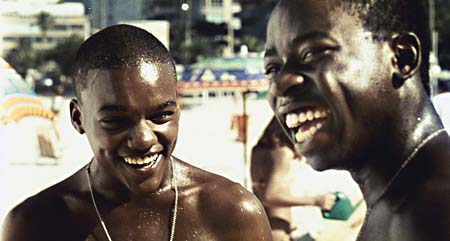 City of Men is a followup to City of God, Fernando Meirelles' much praised and multi-awarded Brazilian film from 2002 about gangster life and the cycle of poverty in the slums of Rio de Janeiro. Or more precisely, it's a followup to the popular Brazilian television series City of Men, which was a well-reviewed outgrowth of the original film. This new film continues to explore the vicious circle of poverty and thug life, and carries over two of the main characters from the TV series. Its portrait of fatherless boys perpetuating the always embattled gangster lifestyle in which gang identity outweighs all other emotional attachments is eye-opening and oftentimes quite graphic in its depiction of the violence that permeates their lives. Yet Morelli's City of Men has little of the narrative flair and editing zip that made Meirelles' City of God such compelling viewing. The plot here is revealed more conventionally, and is marred by both a trumped-up crisis that divides the story's two leads and an ending that's longer on wish fulfillment than reality. Ace (Silva) and Wallace (Cunha) play the movie's two lifelong friends who are approaching the age of 18. Both teens, now on the verge of legal manhood, have grown up fatherless. Furthermore, Ace is also the father of a toddler, whom he alternately regards as a nuisance and a delight. Wallace, who was abandoned by his father before he was born, wants to find the man so he can add his dad's name to his birth certificate and not be labeled an official bastard for the rest of his life. As rough as their lives are, Ace and Wallace have no direct involvement in the gangs that rule the neighborhood and are trying to cut a new path out of the slums. Both actors are good and Morelli captures a good sense of the limitations of their situation. But the film sometimes loses its thematic way and gets bogged down in the details of its forced dramatic twists. City of Men is an intriguing but incompletely developed heir to the far superior City of God. 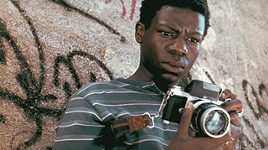 City of God
City of God, like the Rio de Janeiro housing project for which it’s named, is often grim and dire, but the film is also imbued with hope and transcendence.