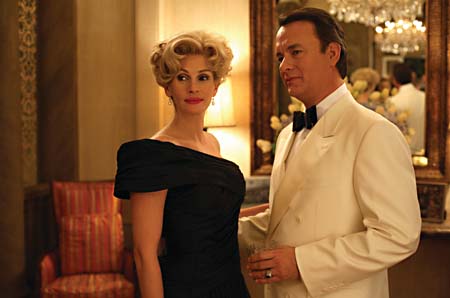 It's tough selling a picture these days even nominally related to war, so in the past week's blitzkrieg of promotional press for Charlie Wilson's War, we were reminded again and again of one simple fact: This one stars Tom Hanks and Julia Roberts. Yes, yes, it may be about the United States' dubious involvement in another war in the Middle East, in a season of Iraq movies that have failed to spark the viewership's imagination or interest … but this one stars Tom and Julia. No worries. Accents by way of Hee Haw aside, not once in this would-be political romp do we forget that the man and woman before us, embodying such outré real-life characters as a hard-partying congressman and a born-again Houston socialite, are anyone other than the beloved institutions of Tom and Julia. (It should be noted that a personally beloved institution, Philip Seymour Hoffman, also stars, as an ornery CIA operative, and he's a gas to watch.) Based on George Crile's nonfiction book of the same name, Charlie Wilson's War tells the true-life story of how Texan Rep. Wilson (Hanks), best known for boozing and keeping company with Playboy Playmates, managed to raise $1 billion with the help of socialite Joanne Herring (Roberts) to secretly fund Afghanistan's mujahideen in their fight against the invading Soviet Union in the early Eighties. Sounds a little wonky, I know, but, as adapted by The West Wing's Aaron Sorkin (no stranger to making politico speech sound snappy), the historical context and current affairs are laid out clearly and engagingly. That said, there's a hokpoleyness afoot – need I remind you that Sorkin, a TV whiz, is also the guy behind the cuddlebunny The American President? Same goes with Nichols' flat direction – anyone who's seen Benjamin Braddock squat at the bottom of the family pool in 1967 knows Nichols is a guy with an eye, but rarely does he put it to use in Charlie Wilson's War. This is a visually and emotionally soft affair, and the material calls for something with far sharper edges. Perhaps there was some confusion – should we play this as a lark or a lesson in geopolitical unrest? – or maybe there was some studio involvement to defang the politics; whatever the case, the noncommittal Charlie Wilson's War treads a good-natured but yawning in-between. 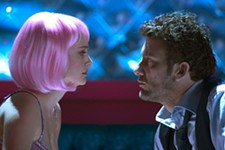 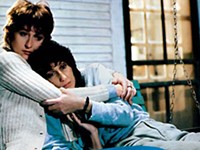