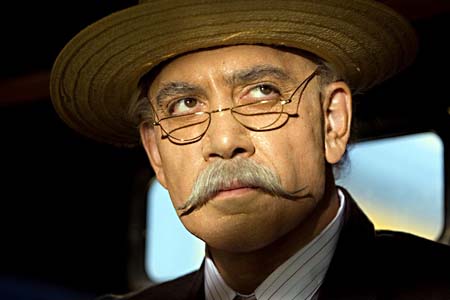 Love in the Time of Cholera

It’s a testament to the talents of Bardem that he can currently be seen as both one of the most romantic heroes in modern fiction (Florentino Ariza in Love in the Time of Cholera) and one of the most violently sociopathic (Chigurh in No Country for Old Men). Sadly for moviegoing audiences, the former performance cannot save what is otherwise a painful mess. Adapted from Gabriel García Márquez’s masterpiece, the film stays true to the novel’s story. Set primarily in Cartagena, Colombia, during the late 19th and early 20th centuries, the movie follows the unrequited obsessive love of Florentino over the span of 50 years. Opening in 1930 with the death an aging doctor (Benjamin Bratt), the film unfolds as a gray-haired Florentino professes his everlasting love to the doctor’s widow, Fermina (Mezzogiorno). The story then flashes back 50 years to the youthful secret romance between Fermina and Florentino (now played by Ugalde). After Fermina abruptly ends their relationship, Florentino (back to Bardem) is beyond heartbroken. A swooning poet, he is incapable of composing even a simple business letter without writing romantic prose. While Fermina meets and marries the successful young doctor, Florentino subdues his pain through random yet frequent sexual encounters as he continues to pine for his love. As decades pass, Florentino remains obsessively devoted to Fermina. It’s a challenging task to translate any novel (let alone a classic one) into film. And while this adaptation (the first attempt by Hollywood to translate Márquez) makes many mistakes, the most glaring may be its obsessive desire to stay true to the book. The best novel-to-film adaptations (The Shining, Blade Runner) become something completely different from the original text. But director Newell (Mona Lisa Smile) and writer Ronald Harwood (The Pianist) adapt Márquez’s work quite literally, and the effect is stifling. Trying (where Márquez succeeds) to convey romance, social commentary, and comedy, the film becomes a muddied blend of emotion. Funny when it’s supposed to be serious, confusing when it’s supposed to be poetic, and awkward when it’s supposed to be romantic, every twist is a near miss. On the page, Florentino’s affairs are heartbreaking, comedic, and surreal, yet onscreen, his incessant sexual encounters caused one audience member behind me to remark, “That was like a period-piece Porky’s.” Not surprisingly, it’s better to just read the book. 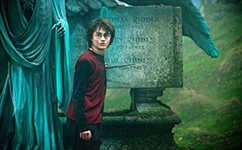