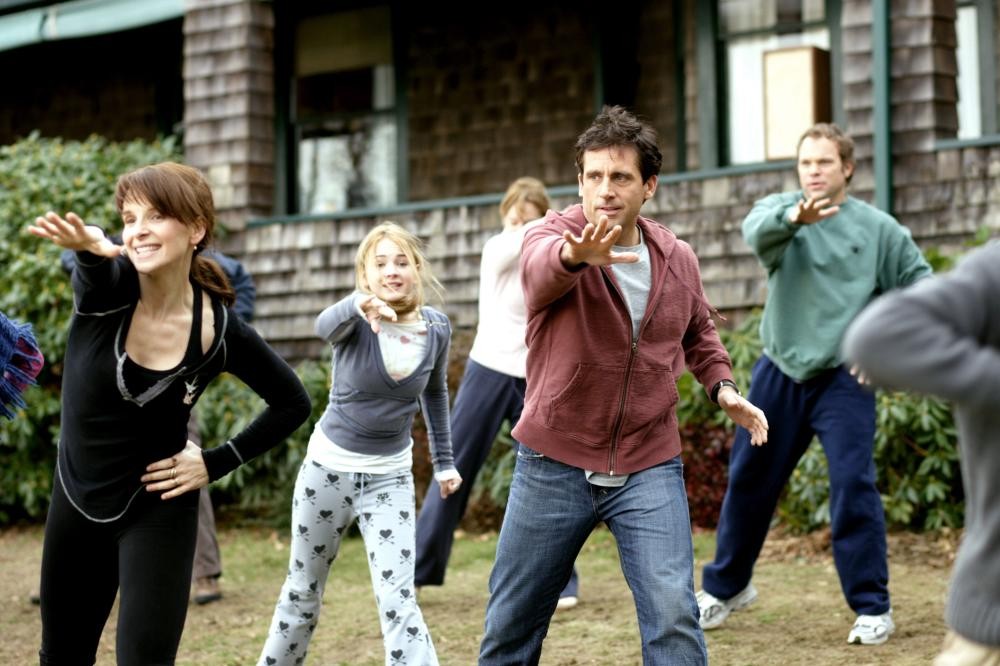 If this is "real life," then count me out. It's not that there's anything terribly awful with it; it's just that what passes for real life in this film is as genially inoffensive and predictable as the average TV sitcom. Audiences are sure to reward Dan in Real Life with audible laugh tracks, but the laughter won't come in response to surprise or astonishment, only as the acknowledgment of a winning execution of a familiar comedic ploy. More had been hoped for in this second writer/director project from Hedges. His previous effort, Pieces of April, followed a similar trajectory of family entanglement, though the characters had more edge and personality than they do in Dan in Real Life. Hedges also wrote the screenplays for What's Eating Gilbert Grape? (from his own novel) and About a Boy (adapted from Nick Hornby's book), other works whose distinctive characters stand apart from mediocrity. This new film will garner Hedges his biggest audience, and let's hope that it allows him to return to his more quirkily crafted characterizations. Carell is in his subdued, Little Miss Sunshine seriocomic mode here as Dan Burns, a widower of four years whose life revolves around the care of his three daughters (Pill, Robertson, and Lawston) and his work as an advice columnist. Most of the movie takes place within the close confines of a family vacation gathering with his parents (Wiest and Mahoney) and brothers (Cook and Butz) and their families in a shambling North Carolina seashore abode. After a meet-cute with Marie (Binoche) at the local tackle shop/bookstore, Dan feels the sparks of affection for the first time since his wife's death, then is dismayed to discover back at the house that his inamorata is the girlfriend of his brother Mitch (Cook), a cad who, with Marie, has brought home the first girlfriend of whom his family has ever approved. Awkward situations ensue as Dan and Marie can't get together yet can't stay apart. An unendurable family talent-show sequence in the third act is somewhat compensated for with a lovely set-piece in a bowling alley. The family meddles, the Burns girls all have their issues, and The Devil Wears Prada scene-stealer Blunt shows up in a thankless role as a blind date. All goes according to course, and that's exactly the problem with Dan in Real Life. 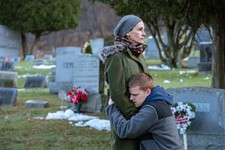 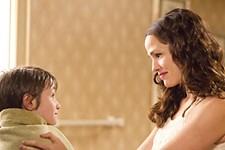