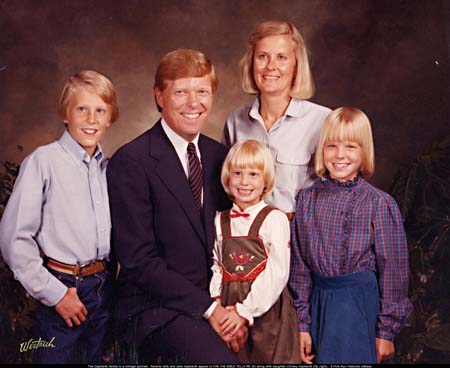 For the Bible Tells Me So

Fred Phelps is wrong, say various men and women of the cloth – a Baptist, an Episcopalian bishop, an adorable Lutheran pastor from Minnesota, an Orthodox rabbi, a professor of divinity from Harvard, and more, all the way up to Archbishop Desmond Tutu – as they systematically dismantle the idea that the Bible condemns homosexuality. “Biblical literalists” (discussed in the film but not heard from, aside from various bits of footage) insist, they say, upon a reading of the Scriptures divorced from their historical and even intratextual context and used as a weapon in the culture wars. In between, Karslake tells the stories of five Christian families coming to terms with their grown gay and lesbian children. In combining the personal with the political in his angle, Karslake (a former producer for In the Life) wears his PBS badge: Against the backdrop of social forces clashing, five families struggle through and put faces to the issue. (Also we have the Gephardt family – Dick, Jane, and daughter Chrissy – who seem rather plain-folks.) The film opens with a crisp introductory montage and keeps its interwoven narratives afloat with buoyant pacing, though it gets a little messy in the third act, perhaps necessarily, as the issues multiply: “reparative therapy” and the ex-gay movement, the call to activism, and the consequences of being rejected by one’s family and faith. The “choice” vs. “born-that-way” argument gets some play, as it relates to the theological ramifications of inborn behavior as an “abomination” – a word that probably does not mean what you think it means in ancient Hebrew. The film’s press notes point to Bowling for Columbine as an inspiration, and perhaps due to this we have a mock educational cartoon (by Austin’s Powerhouse Animation Studios) about the “choice” of homosexuality midway through. It’s cute and flippant, it makes a jab at Bob Jones University, and it is totally at odds with the rest of the movie, which is absolutely earnest and sensitive and strives for a mainstream appeal rather than liberal self-congratulation. All this said, it is possible to applaud what the movie does in opening such an explosive topic for thoughtful and constructive exploration in ways that are also personal and emphasize the need for spirituality and family relationships in human life. If imperfect, the film is also necessary. 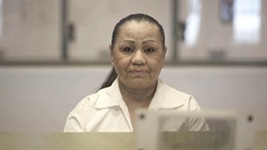 For the Bible Tells Me So, Daniel G. Karslake