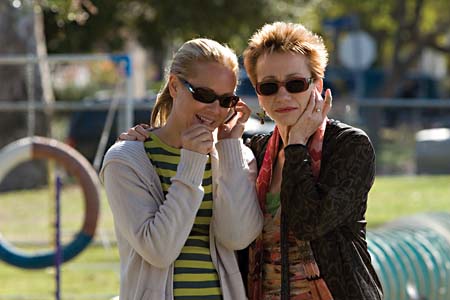 Though it’s as estrogenic as dong quai, this amiable adaptation of Karen Joy Fowler’s eponymous bestseller about six friends and their book club is thoughtfully rendered with a certain universality of spirit – in that sense not unlike the books of Jane Austen herself. Writer and first-time feature director Swicord (who has Shag and Practical Magic among her earlier writing credits) cannot entirely avoid having her wacky she-mulleted free spirit (Baker) twirl around with a parasol, and I wrote down one line (“I have enough money, but I like working in tech support”) because it could be the most improbable sentence yet produced in the English language. The movie has beautiful front porches, lovely stemware, soft boys, lots of product placement, and at times – I hate to say this – it really does smack of “chick flick,” a term I'd prefer to reject as sexist but ultimately feel we need to describe movies with beautiful front porches, lovely stemware, soft boys, and lots of product placement. There is a pronounced wish-fulfillment aspect to its storytelling that feels a little too chummy, like a group hug. Fortunately Fowler’s characters (like Austen’s) aren’t written as entirely likable, even though they use Seventh Generation products; they’re stubborn, they carry on when they’re mistaken, and they have texture. Dog breeder Jocelyn (Bello, who’s marvelously earthy here) is oblivious to the throbbing passions of biofueling book-clubber and sci-fi nerd Grigg (Dancy, reportedly next appearing in Brontë) while fretting about her recently abandoned friend (Brenneman). Meanwhile, schoolmarm Prudie (Blunt, the cast’s other standout) joins the club after a meet-cute with parasol-twirling Bernadette (Baker) as an escape from her torturous marriage to Dean (Blucas), a cluelessly insensitive guy who’s either watching basketball, gaming, or washing his car. The heroines’ lives are supposed to parallel Austen’s plots, so fans can have fun connecting the dots, but this convention is less impressive than the movie’s willingness to consider the difficulties of mature relationships from within the framework of a matinee-accessible romantic comedy. Also within this framework, reading is sexy, women in their 40s are hot, and the men are sympathetic, reasonably dynamic people capable of redemption after they spoil your trip to Paris or sleep around with one of the junior partners. 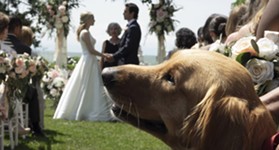 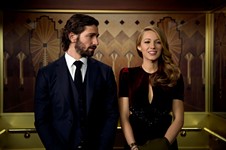