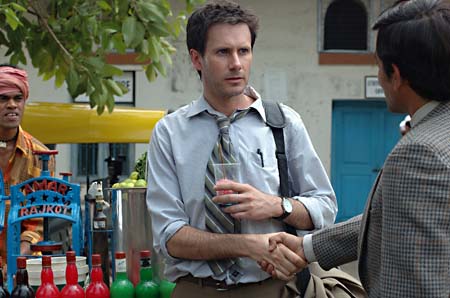 You may remember “outsourcing” as the bugaboo of the 2004 presidential campaign. More than the war in Iraq, more than gay marriage, more than political flip-flopping, this was the disease that was killing America. Candidates, pundits, and wonks of all stripes couldn’t get enough of talking about its dangers, mesmerizing the children with tales of a jobless America and a world where Indians and Thailanders would be making baseballs and Fords and apple pies and shipping them back to us at bargain prices. Of course, on the other side of the economic equation, things were even worse. The jobs being outsourced – to India, to Pakistan, to Southeast Asia – were Dickensian at best, draconian at worst: slave labor, essentially, designed to exploit the dire financial state of an entire class of workers who weren’t even allowed to go to the bathroom, much less flirt by the watercooler (which was either full of unclean water or didn’t exist). All in all, a terrifying vision of the future and not one you’d expect to see getting the romantic-comedy treatment. Well, meet Todd Anderson (Hamilton), a sales manager at a Seattle company that trades in patriotic knickknacks. One morning Todd is summoned into his boss’ office and told he’ll be losing his entire team to outsourcing and that it’s off to rural India with him to train a new group of phone operators in the fine art of American salesmanship. Incredulous at first, indignant at second, dyspeptic after eating his first meal, but eventually swayed by the gentle rhythms of life in rural India, Todd becomes the poster boy for immersive, life-altering travel. Working in a ramshackle office with a sign that says – ominously – “Fulfillment” over the door, he gradually sheds his cynical urban defenses and opens up to the thousand-and-one small wonders of the subcontinent, both spiritual and decidedly not: He falls in love, he learns to dance, he eats exotic foods, he wears loose-fitting clothes, he communicates with Kali (goddess of destruction), and, most important, he experiences firsthand chapters 3 through 7 of The Kama Sutra. Any movie willing to put such a sunshiny glow on such a deflating subject deserves some credit, whether for inveterate optimism or good-natured self-delusion. Its head may be in the sand, but Outsourced is a good-spirited idyll, an escape from reality, naive to a fault, and all but unconcerned with the troubles of the world but almost – almost – convincing in its innocence. 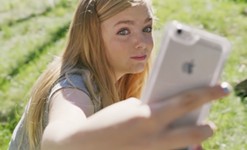