There is one absolutely inspired scene in Rocket Science, and for this scene alone, it’s pretty much worth the price of admission. It occurs when our hero, Hal (Thompson), an occasionally incoherent teenage stutterer, delivers his opening remarks during a high school debate. I won’t ruin it for you, but "The Battle Hymn of the Republic" is involved along with a rhyme about abstinence. On the surface, Rocket Science is yet another quirky high school movie straight out of Sundance (garnering the Dramatic Directing prize for 2007). It easily could be classified as a little bit Welcome to the Dollhouse, a touch of Napoleon Dynamite, and a healthy dose of Thumbsucker. But, like quirky teenagers themselves, quirky teenage movies have their own peculiar distinctions. Hal is no more like Napoleon than that kid who constantly plays Dungeons & Dragons is like the one who carries a briefcase to school every day. Following his 2002 Oscar-nominated documentary, Spellbound, writer/director Blitz demonstrates just how intimately he absorbed the quirky teens and preteens of his prior film. In many ways, Rocket Science is an extension of Spellbound: following obsessive kids in a uniquely bizarre competition. But instead of the National Spelling Bee, this time around, it’s debate. Hal is a pale New Jersey high schooler with a near debilitating stutter, who’s confoundingly recruited onto the debate team by razor-sharp powerhouse Ginny (Kendrick). Hal starts to believe that despite his painful struggles to order pizza at the school cafeteria, somehow he’ll manage to deliver a dynamite rebuttal amid top-rung competition at a debate tournament. And as Hal’s hope grows, so did my own. But in Blitz’s world, hope doesn’t last for long. Hal’s absent father (O’Hare) has been replaced by his mother’s goofy new boyfriend (Park), always arriving with his oddly menacing son (Yoo). Hal’s meathead brother (Piazza) terrorizes him, while his ineffective therapist (Ginsberg) laments that Hal wasn’t afflicted with something more easily remedied. The story moves along in stops and starts; moments of genuine hilarity are followed by confounding downturns. But ultimately, Blitz has a love for his characters that honestly roots the film, and the performances are engaging across the board. Plus, I can’t fail to mention the music. You’ll find one of cinema’s most effective uses of the Violent Femmes song "Blister in the Sun," and the alt.country singer-songwriter Eef Barzelay does a pretty badass cover of "The Battle Hymn of the Republic." 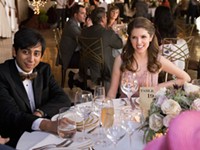 Table 19 plays like a concept in search of a movie. Granted, the concept is pretty good – a batch of six strangers bond at ... Spellbound
This multi-award-winning documentary captures the suspense of the spelling bee in all its drama.