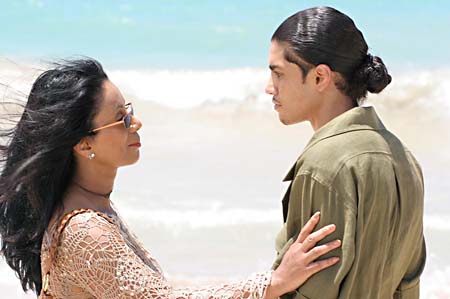 Director Reyes' second feature following his 2002 film Empire confirms his interest in the fine lines that can separate dirty money from clean money, especially in the crucible of the crime-ridden Latino neighborhoods in the Bronx. However, like that period that resides at the end of the director's first name, Illegal Tender seems a flourish that's short on substance and long on affectation. Illegal Tender is a throwback to the Eighties crime dramas and Seventies blacksploitation films but mostly drains these narrative wells without replenishing their gifts. Preposterous and overwrought, Illegal Tender is awash in clichés and improbabilities, yet it's still possible in isolated moments to detect a sense of what might have been. Most of that possibility resides with De Jesús (Blood Work), who delivers a fierce performance as an out-of-the-barrio lioness who will do anything to protect her cubs. To watch her go in an instant from preparing a peanut-butter-and-jelly sandwich to double-fisted gunfighter à la Pam Grier is a real stunner to behold. Whatever degree of believability this movie has is due to her total commitment to her character, who, before the prologue is even over, becomes a new mother and sudden widow of a drug dealer. Flash-forward 21 years, and she's now living in a Connecticut manse, and her son (Gonzalez) is a smart college student who has never questioned how his nonworking mother manages to provide all these rich amenities for him or why they have to move every few years. The plot details are frequently illogical, and more attention seems to have been paid to things like the design of Gonzalez's sideburns. Filmmaker John Singleton serves as the producer of Illegal Tender, and, following his producing credit for last year's Black Snake Moan, we can see his proclivity for B-movie throwbacks. Unlike Black Snake Moan, Illegal Tender never transcends its clichés. 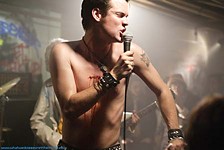 What We Do Is Secret
Darby Crash, the L.A. punk rock junkie godhead leader of the Germs who died of an overdose in 1980, is revivified in this long-gestating but strangely sterile biopic. 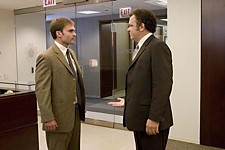