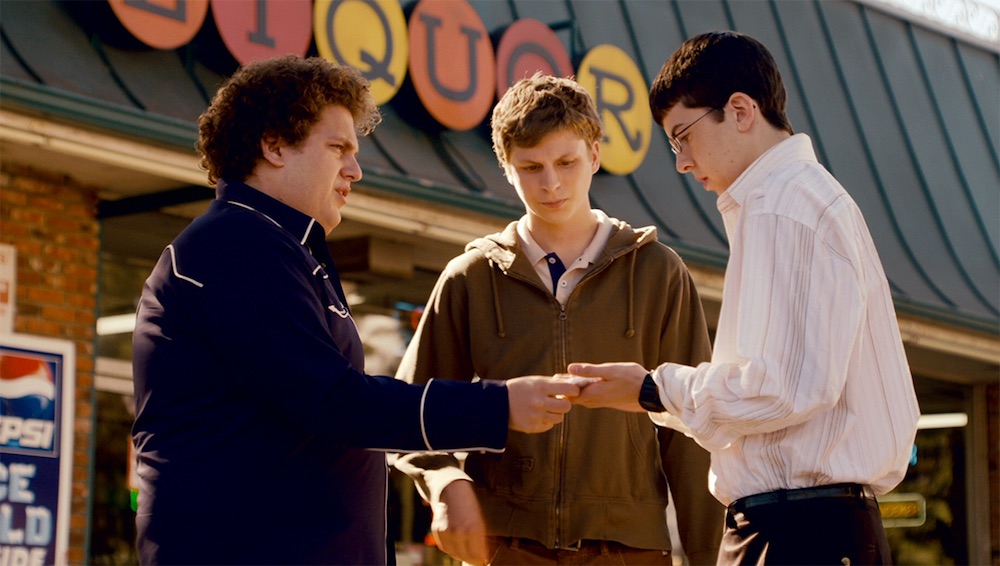 Now that Judd Apatow has written and/or directed and/or produced upward of a hundred movies about mostly the same thing involving mostly the same people since his peak with Freaks and Geeks – all three of the previews before the sneak of Superbad were "from the guy who brought you" or "those guys" who did – one begins to imagine him not only as a sort of King Turd on Hollywood's Shit Hill but also as that dude in high school who, when given the opportunity to bring up the rear of the popular clique at the beginning of freshman year, shrewdly opts to lead a pack with their tails between their legs. His act won't play everywhere, but it'll work on these losers. Who can blame that dude? Being the best of the worst brings its own boost; adolescence – and the studio system – is a matter of survival, and the funny guy always has flexibility. Still, sooner than he thinks, his fate is sealed with these fellas for better or worse; every Saturday night, they're doing the same stupid stuff. Sometimes it's great, and sometimes you get sick of it. Lately, Apatow and his buddies have made comedies for a certain age group, not ones for the ages. Luckily, Superbad comes a little closer. Toward the end of it and their senior year, Evan (Cera) confronts Seth (Hill) – Evan Goldberg and Rogen are writing what they know here – about their friendship. He laments that he wasted his high school years "talking bullshit" in the basement when he could have been out meeting new people and getting laid. (Clearly George Michael has come a long way since Bland ... I mean Ann.) The drama is all in Cera's tone and Hill's expression. It's one of those moments – that real-life moment you wish every Apatow production had more of – and one that all of the saturated one-liners, cute nicknames, quirky period details, neat turns of phrase, beery bons mots, colloquialisms, and ironic gangsta slang in the world aren't going to get you out of. As they stand in the middle of a dark road in the middle of a struggle with sex, bullies, and separation anxiety on a particularly stressful Friday night, they are Neal dressing down Del in a hotel room in Planes, Trains & Automobiles. Like that John Hughes gem, Superbad is, in part, about adapting and coping with a loss of control. It's also about being hilarious, and it doesn't hurt that its credits are filled with Arrested Development refugees, including Mottola (who also wrote and directed The Daytrippers). Cera spins gold with every line throughout; Hill fulfills his fat-kid birthright as a gifted physical comedian. Mintz-Plasse, whose voice breaks every time he talks in his debut, is a fine sideman. There are drags: Scenes often go on too long in confined settings, the film threatens to collapse with every gag that falls flat, and the supporting cast is spotty. But mostly Superbad is as soulful and funky as its soundtrack. 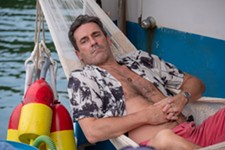 Confess, Fletch
Jon Hamm's laconic detective is too laid-back for his own good