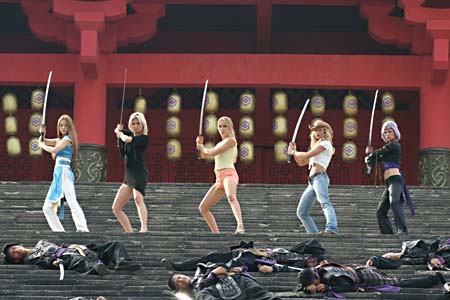 Let’s hope some special form of punishment awaits the man or woman who came up with the idea of basing movies on video games. Otherwise there could be no possible cosmic justification for somebody’s suffering through DOA: Dead or Alive, which isn’t so much a movie as it is a horrid, multiheaded cross-marketing beast let loose from the deepest bowels of the free market. Dispensing with such cinematic trifles as story, character development, and dialogue, screenwriters J.F. Lawton, Adam Gross, and Seth Gross concentrate all their energy on exploring the psychological subtleties of sexed-up underground martial-arts fighting matches and asking the truly pressing moral and aesthetic questions of the age – questions like: How in God’s name did it take three people to write this movie? Did they just take turns blindly pressing keys on a typewriter and then sit back and hope for the best? If you told me tomorrow that’s what happened, I’d believe you without reservation. Such is the ridiculousness of their script, with its disjointed storyline and ponderous dialogue and its dedication to the cinematically irrelevant rules of video-game storytelling, rules that demand interminable fight sequences be interrupted occasionally by scenes of stilted exposition in order to give players the sense that they’re involved in something mythic. These scenes are the producers’ escape hatches when concerned parents come calling, moments to point to and say, “See, it wasn’t all just bikinis and battles; there was real emotion there and a real story.” Which may be the most glaring problem with DOA: not that it goes too far but that it doesn’t go far enough; that it doesn’t revel in its sexual exploitations and gory voyeurism. To paraphrase Rick Blaine in Casablanca, I don’t object to a fetishist; I object to a cut-rate one. If you’re going to slobber over lengthy fight sequences, the least you can do is give your viewers a couple of horrid deaths, or at least a bruise or two; if you want to leer at your heroines’ bronzed bodies, don’t settle for prudish PG-13 cleavage glances; and if you’re going to fall madly in love with the possibilities of wire fighting and CGI effects at the expense of a reasonable story … ahh, forget it. DOA: Dead or Alive is a piece of garbage and the best argument for reading books since the first pop-up appeared. 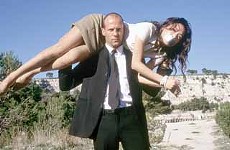