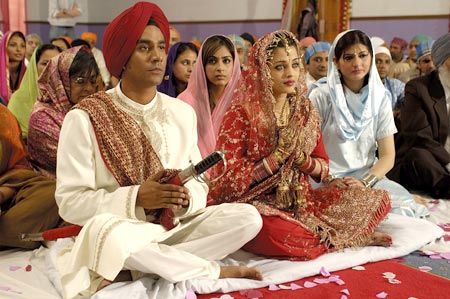 What should have turned out as a terrific movie about the crime of spousal abuse has instead received the equivalent of a ham-handed molestation by director Mundhra. The film, which fictionalizes several aspects of this legal saga based on a true incident, tells the story of Kiranjit Ahluwalia (Rai), a Punjabi housewife in London, who after enduring 10 years of beatings and rape at the hand of her husband Deepak (Lost's Andrews), burns him to death in his bed while he is asleep. The seemingly meek and passive Kiranjit is remanded to prison for murder, but as her appeal wends its way through the British legal system, the case becomes a precedent-setter for that country's use of the battered-woman's defense. The impressive cast of actors raises Provoked's game somewhat, but still the film's mixture of melodrama and women-in-prison tropes is muted to the point of disinterest. There is no background, psychology, or dimension given to these characters in the screenplay by Carl Austin and Rahila Gupta. Furthermore, Mundhra, a filmmaker whose substantial career primarily comprises direct-to-video, softcore thrillers, delivers a work that is barely adequate in terms of its camera choices and shot compositions, pacing and editing. Provoked is additionally hobbled by the story's episodic structure that periodically inserts typewritten datelines for a journalistic effect, which only winds up disrupting any potential dramatic buildup. Bollywood superstar Rai, often referred to as the most beautiful woman in the world, tones down her stunning features and goes for a natural and unenhanced look (especially once inside prison). Unfortunately, her unvarnished look also extends to her performance, which seems too mild and remote especially for Western audiences and a non-Bollywood feature that doesn't call on her to parlay some of her best assets: singing and dancing. However, even though this is a British-made film, it's impossible not to wonder how this story that stars the national treasure Rai plays in India and other Punjabi enclaves throughout the world. The situation calls to mind the 1984 American television film, The Burning Bed, starring beauty icon Farrah Fawcett and covering surprisingly similar material. Provoked's women-in-prison aspect also disappoints, especially when gauged against the outrageousness of the American subgenre, although Richardson as Kiranjit's cell mate Ronnie gives the film its only real vibrancy. Kiranjit, who claims she finally feels free in prison, receives a cliched version of the sisterhood-is-powerful theme and then vanishes again into the background. 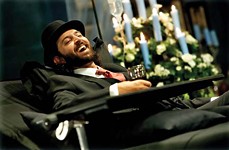 Guzaarish
In this Bollywood film, a paralyzed man petitions the court to allow his mercy killing. 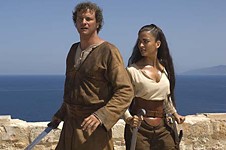 The Last Legion
Although this story of ancient Rome offers guilty-pleasure fun, the film is not very inspired or well-conceived.