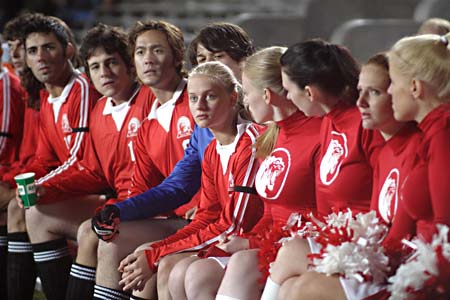 The initial concept for Gracie was developed by Andrew Shue and director Guggenheim (the Oscar-winning director of An Inconvenient Truth), who were Inspired by the true story of the Shue family (Elisabeth and Andrew both act in the film, while Elisabeth's husband Guggenheim directs). Doubtless resulting from their effort to honor the family’s story, the film is earnest and loving. But unfortunately, earnest and loving doesn’t equal a good movie. The story centers on the Bowens, a working-class family living in South Orange, New Jersey, in 1978. Dad (Mulroney), a former soccer star-turned-obsessive dad, is consumed with training his three boys to play his beloved game. Meanwhile, the women in the family, consisting of mom (Elisabeth Shue) and Gracie (Schroeder), get shoved to the sidelines. Eldest son, Johnny (Soffer), is the star of his high school soccer team and his prowess on the field is surpassed only by a saintlike devotion to his sister, Gracie. A bit of a tomboy, or in movie language: a soccer star in the rough, Gracie is repeatedly shut out of her father’s backyard training sessions. Boys only. With its atmosphere of suburban late Seventies teenage angst, the film feels a bit like an episode of Freaks & Geeks and at this point poses some real promise. When Johnny is killed in a car accident, the family’s world is destroyed. Guggenheim shows a deft skill at dramatizing the damage of a family coping with loss. Moments resonate with a real beauty and artful honesty. But sadly, the storytelling doesn’t hold up to the promise of these first 20 minutes. Clunky transitions and contrived melodrama propel the movie along as the family begin their individual mourning processes. Gracie starts sneaking out at night and wearing short skirts. Her father is so lost in his misery that he remains oblivious to her rebellion while her overworked mother struggles vainly to keep the family together. Then, in an awkward yet predictable turn of events, Gracie decides she’s going to play soccer in her brother’s place. But it’s 1978! Women don’t play soccer! The bulk of the film becomes a back-and-forth between Gracie and her father as she attempts to train for team tryouts and he struggles to realize that three of his kids are still alive and he should maybe start paying them some attention. There’s a lot of angry prejudice toward women playing soccer in the film, and a semi-fun Footloose-esque scene in which Gracie petitions the school board for the freedom to play. But melodrama reigns supreme as the film disintegrates into movie-of-the-week predictability. 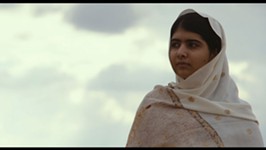 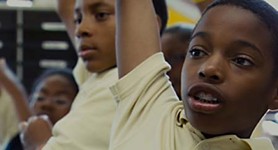