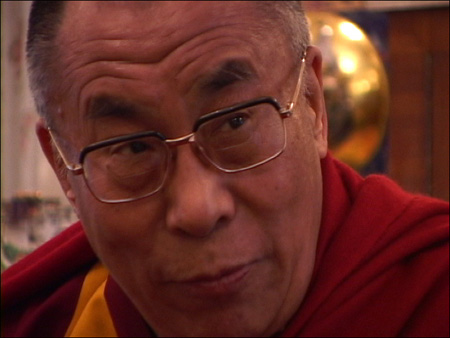 10 Questions for the Dalai Lama

“From the first moment I saw him,” says writer-director Ray, “I sensed that he was no ordinary human being.” No kidding. His Holiness the 14th Dalai Lama of Tibet, who goes by the handle of Tenzin Gyatso, is more like a holy Muppet. (He has the rasp and the intonation of your lovable, furry friend Grover.) The spiritual and political leader of Tibet, though chased into exile at the base of the Indian Himalayas, is one happy dude – smiling and laughing even as he describes the “cultural genocide” perpetrated against his people by China and suggesting “more picnics” as a prescription for world peace. A lama for the 21st century, His Holiness is fascinated by quantum physics and mechanical objects, which he disassembles and studies for pleasure; in one stretch of his too-frequent voiceover, Ray tells us the Dalai Lama believes there is intelligent life on other planets. He has an e-mail address, and we see a room full of robed monks tapping away at keyboards. There’s a little too much of Ray in the mix, and the documentary occasionally lapses into travelogue format. (“They say there’s only one thing worse than a cup of yak butter. The second cup.”) Though artfully composed, the static beauty shots of the landscape and ethnographic close-ups of indigenous faces overwhelm the titular interview, which constitutes only the last portion of the film. Allowed 10 questions and 45 minutes, Ray lobs a couple of softballs before inquiring, “At what point do you give up nonviolence and confront something truly evil in the name of doing what’s right?” Ray provides ample exposition for audiences who don’t know a lama from a llama, explaining the Chinese takeover and the tenets of Buddhism. Audiences already familiar with these topics may long for more depth, but the approach suits the film to older kids (who may appreciate the fact that the Tibetan head of state was 15 years old during the Chinese invasion) and absolute beginners. It’s a slam-dunk for history classes, too – informative and challenging, touching on issues of free speech, modernity, democracy, and globalism. The Dalai Lama himself – by this I mean the man, not the institution – is a figure worthy of a more personal and less posed look than Ray is able to give us, though it seems unfair to fault him given the circumstances of the interview. After holding forth on the dangers of human overpopulation, the Dalai Lama explodes into a crinkly smile and peals of laughter. 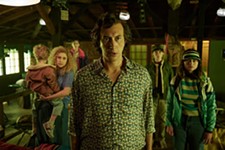 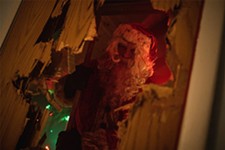