In the movies, there’s nothing quite as sinister as the antagonist who’s willing to wait for her revenge. After all, what could be more terrifying than a jilted woman basting and marinating her gall for 10 years, waiting for the perfect moment to spring it on some poor sucker? Make that woman French and possessed of an acute case of class resentment, and the results are unnerving enough to make Uma Thurman wrap up her samurai sword, put her spandex yellow jumpsuit into mothballs, and seek out a new line of work. Don’t be fooled, though: Unlike the gaudy theatrics of Kill Bill or Old Boy, Dercourt’s The Page Turner is a revenge fantasy fit for a Seventies arthouse theatre: There are no knives or armies of kung-fu acrobats, no torture scenes involving rusty pliers; there’s only a creeping malevolence quietly wreaking havoc on an otherwise normal bourgeois family. The woman with the axe to grind is the inscrutable Mélanie (François), who, as a child, saw her dreams of music-school glory dashed by the indifference of concert pianist and conservatory jurist Ariane Fouchécourt (Frot). Cosmically embittered, Mélanie locks up her piano, stashes away her Beethoven bust, and trades in her arpeggios and finger exercises for the much more mysterious art of cultivating a grudge. Flash forward 10 years, and Mélanie has insinuated her way back into Ariane’s life – this time as a nanny to the older woman’s son – and is ready to give voice to her long-simmering vindictiveness. The Page Turner, like its heroine, creeps slowly and with deliberate care, more interested in the suffocating innuendos and slights of domestic life than the sudden shock of confrontation; in fact, when Mélanie’s revenge is complete, it’s so benign and bloodless by Hollywood standards you might be surprised to see the end titles rolling, convinced you must have missed something in the translation. Where’s the axe to the forehead? Where’s the body impaled on a radio tower? Where, in short, is the bloody fun? I suppose in Dercourt’s world, revenge, like classical music, is too serious a business to be taken lightly, so he keeps The Page Turner encased in a layer of dispassionate gloom thick enough to match the personality of his heroine: a woman capable of nursing a grudge of such epic proportions she would make Captain Ahab give up the harpoon out of shame. 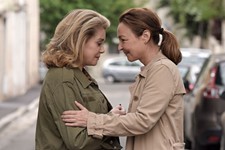 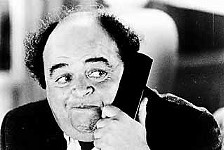