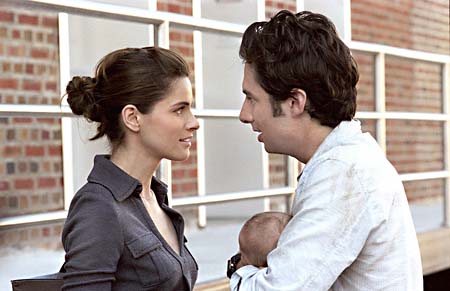 This featherweight comedy about an underachieving twentysomething who locks horns in the workplace with his wife's high school sweetheart aspires to be something darker, but never steps far enough outside its comfort zone to be anything really edgy. The fact that the one-time boyfriend is a sociopathic paraplegic in a wheelchair might suggest a venture into Farrelly Brothers territory, but other than a forced tumble down the stairs, there's nothing much comically outrageous in the mild-mannered The Ex. With his puppy-dog face and disproportionately large head on those narrow shoulders, Braff largely incorporates his Scrubs-style comic persona here as the hapless Tom, a slacker who ends up working in a small-town Ohio ad agency whose biggest star is his disabled nemesis, Chip. Bateman scores in his performance as the sweetly sadistic Chip; it's amusing to imagine his brain feverishly plotting the next move for undermining his new archenemy in the office and in his personal life. Who would have thunk that the kid from the Eighties sitcom The Hogan Family could be this smart and funny? It's too bad, however, that the vehicle for this sly performance provides little room in which to shine. Director Peretz displays no sense of comic verve in The Ex; many of the jokes play out almost lifelessly, more dead than deadpan. As a result, the movie's rhythm is off-kilter and oddly paced. Moreover, the film's script seems truncated at points – a lot of the plot details feel underdeveloped, as if skimmed over by the screenwriters David Guion and Michael Handelman or else left on the cutting-room floor in the interest of a 90-minute running time. Still, The Ex is more appealing and less dumb than most movies that pass as comedy today, so any criticisms of its shortcomings need to account for that big-picture perspective. Indeed, there are worse ways to spend an hour-and-a-half. 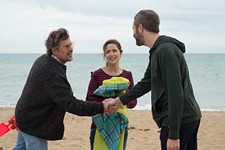 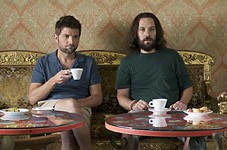