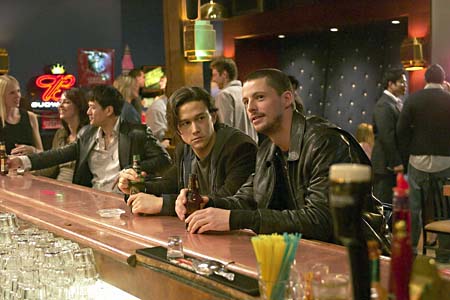 If the army of psychologists, life coaches, and TV therapists who have become the shamans of our quick-fix age is to be believed, the first step toward absolution is simply forgiving yourself. No fasting, Hail Marys, or hair shirts required. The same holds true in Hollywood, a world where Robin Williams has only to repeat the phrase “It’s not your fault” a dozen times to a weepy Matt Damon in Good Will Hunting to set him on the path to redemption. Forgive yourself, our psychiatrists and screenwriters tell us, and the whole world forgives with you. Chris Pratt (Gordon-Levitt), the hero of The Lookout (which premiered in Austin at the SXSW Film Festival), could use a little forgiveness. It’s been four years since an act of youthful recklessness resulted in a car wreck that led to the deaths of two of his best friends and left him with brain damage severe enough to impair his motor skills, cloud his memory, and impel him to throw out squeamishly inappropriate pickup lines in bars. Now he’s essentially a functioning invalid, dependent on a collection of scribbled reminders on note cards and the generosity of others to keep him alive while he splits his time between rehabilitative life-skills classes, a dead-end janitorial job, and return trips to the scene of the accident, where he relives his crime over and over again in his head, searching for some peace of mind. Which can be hard to find when your mind is little more than a dish of scrambled eggs that’s only recently begun to coalesce back into something you have any control over; poor Pratt can barely remember where the can opener is, much less discern the difference between an accident and mortal sin. Smelling an opportunity, a seductive criminal named Gary Spargo (Goode) and his partner, a former exotic dancer seductively named Luvlee Lemons (Fisher), convince Pratt to take part in a robbery at the bank where he works. Pratt’s involvement leads him on a precipitous downward spiral into a world of nasty, black-clad gangsters and shootouts with the cops, but writer/director Frank deflects any moral judgment with the fiendishly clever argument that any action taken in the name of your own independence and emotional solace can’t be all bad. The Lookout marks Frank’s directorial debut after years of working as a screenwriter on movies like Get Shorty and Out of Sight, and though his new movie may lack the sexual tension and bubbly wit that elevated those films to rarefied heights, there’s a newfound, and not unwelcome, sobriety to his writing. It’s hard to imagine George Clooney and Jennifer Lopez ruminating on atonement in the trunk of a getaway car. But then, it’s a lot easier to engage in witty banter when you’ve got your wits about you. (See p.52 of this week's Screens section for an interview with Scott Frank.) 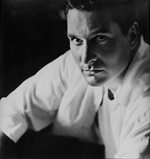 A Walk Among the Tombstones
Liam Neeson has taken to shooting at bad guys again in this slow-burning Matthew Scudder mystery.