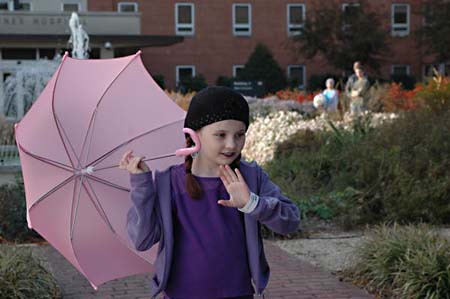 This oversentimental bit of storytelling is the newest effort from Fox Faith, whose distribution includes The Last Sin Eater and several upcoming titles aimed at banking off the evangelical Christian audience. Because a movie is “Christian,” does that mean it has to be lame? According to Fox Faith, the answer is yes. With all due respect, Christians are not sappy idiots. Tarkovsky was a Christian, and his movies are challenging, disturbing, and provocative. Dostoyevsky was a Christian, and his writing is heart-wrenching, aggressive, and life-changing. So despite the undeniable truth that Christians have some powerful storytellers in their past, these days “Christian film” generally translates to safe and saccharine sweet. Jason (Fuller, from TV’s Charmed) is a bitterly hedonistic trust-fund kid unphased by the death of his billionaire grandfather, Red (Garner). For some heavily weighted and soon-to-be-determined reason, Jason hates Red but agrees to the series of “gifts” that the dead man dictates via a pre-recording and which will all lead up to the unnamed “ultimate gift.” The gifts incorporate such gems as work, friends, or money and involve tasks that Jason must perform, including a month of manual labor or securing one true friend. After Jason is rendered homeless and stripped of his credit cards, friends, and family connections, he’s forced to do what we’ve all been waiting for since the first frame of the film: learn some lessons the hard way. What ensues is a series of getting-things-done montages and a couple of moments that are vaguely endearing if you close one eye and pretend it isn’t all too terribly predictable. Playing Jason’s love interest, Hillis (Must Love Dogs) does her best with flatly contrived material as does Breslin (Little Miss Sunshine), who arrives on the scene like a prepackaged angel in a role that reeks of melodrama. Watching Jason learn the importance of appreciating life, I felt like I was drowning in a giant grape soda: all sweet, brightly colored, and terribly bad for me. Even so, I was mildly willing to go along for the ride on this weak attempt at Capra-esque wisdom, until Jason landed himself in an Ecuadorian prison (it’s not worth explaining), and the movie lost me entirely. The story, based on the novel by motivational speaker Jim Stovall, throws every emotional stimulus into the pot, and the result is a deep desire for those Hollywood execs to remember that Christian doesn’t have to equal brain-dead. 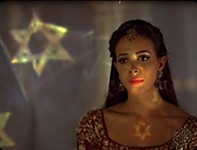 One Night With the King
Despite a title that makes it sound like a tell-all about a one-night-stand with Elvis Presley, this movie is actually about the Jewish heroine, Queen Esther.