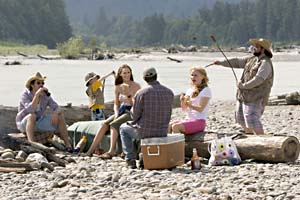 An archetypal date movie with a good heart, Catch and Release is the feature debut of screenwriter Grant (Ever After, Erin Brockovich), and as far as romantic comedies go, you could do far worse. That said, this story of Gray (Garner), a young woman widowed on her wedding day who discovers her husband-to-be's shadow life with both the assistance and discouragement of his tightly knit group of friends (among them filmmaker Kevin Smith), is pretty lightweight. The messages the film sends – that you never really know everything about even those closest in your life and that out of grief can come joy or something like it – are mixed, but the performances, particularly Garner's, which necessitates her vacillating between sorrow, pity, lust, and love like some sort of emotional pinball, are well done. After the death of her one true love, while sorting through her almost-husband's records, she finds a series of $3,000 monthly payments to an unknown person in a far away place. It doesn't take much to figure out what those mystery checks might be, but Grant uses them to introduce another pair of characters into an already semicrowded storyline: Lewis as the ditsy single mom of Gray's heretofore unknown step-child and Friesen as the boy. And then there's Fritz, fresh in from L.A. and busily banging a wedding/wake pickup in the bathroom while a grief-stricken Gray cowers in the shower. Introduced as a bad boy, his character arc warps all out of proportion to what we know of him; in the end it serves the story but not the film. Kevin Smith, playing, I think, Kevin Smith (not a bad thing), gets most of the big yuks, and there are more than you'd expect. Awash in good vibes (the film was shot in Boulder, Colo., our national, if unofficial, city of good vibes), this is the sort of film that used to be called "indie" back when the term actually meant something. Now it's just another romantic comedy, neither terribly bad nor truly great, buoyed along on currents of hope and post-traumatic good cheer. 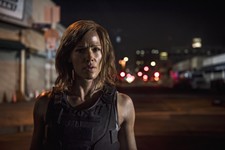 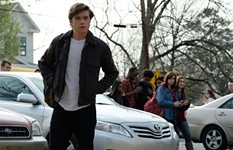